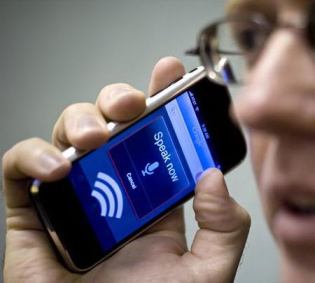 AT&T-bashers should take pause. It was Apple, not the wireless carrier, that held off on approving Google Voice for the iPhone.

Apple “continues to study” the application and hasn’t approved it because it may “alter the iPhone’s distinctive user experience by replacing the iPhone’s core mobile telephone functionality,” according to a letter to the Federal Communications Commission.

Google Voice lets you use a single phone number to receive calls on multiple phones and reach your voicemail. It also lets you send free text messages and make international calls for two cents — features that would jeopardize AT&T’s traditional revenue streams. So there was a ruckus when Apple inexplicably didn’t list it in the app store and then went further to delete similar applications last month, prompting an FCC inquiry.

“We appreciate the opportunity to clear up misconceptions related to an application Google submitted to Apple for inclusion in the Apple App Store. We fully support the FCC’s goal of getting the facts and data necessary to inform its policymaking.

“To that end, let me state unequivocally, AT&T had no role in any decision by Apple to not accept the Google Voice application for inclusion in the Apple App Store. AT&T was not asked about the matter by Apple at any time, nor did we offer any view one way or the other.

“AT&T does not block consumers from accessing any lawful website on the Internet. Consumers can download or launch a multitude of compatible applications directly from the Internet, including Google Voice, through any web-enabled wireless device. As a result, any AT&T customer may access and use Google Voice on any web-enabled device operating on AT&T’s network, including the iPhone, by launching the application through their web browser, without the need to use the Apple App Store.”