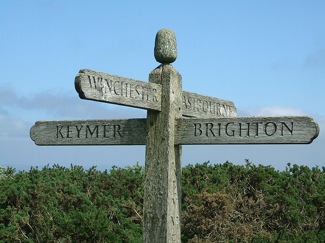 It’s nothing new for pundits and bloggers to say what functionality they think should be included in the Apple TV. The device, which brings iTunes and other digital content into the living room by hooking up to your TV, has the potential to be Apple’s next big thing — if it makes the right moves. Today brings two long reports about Apple TV’s future that take what are basically opposite stances.

On one side, you have Piper Jaffray analyst Gene Munster saying that he expects Apple to launch its own actual televisions with digital video recorder (DVR) capabilities built-in over the next couple of years. On the other, you have RoughlyDrafted Magazine’s Daniel Eran Dilger arguing that getting into both the television and DVR business would be large blunders for Apple. Instead, he lays out some more forward-thinking approaches Apple should take with the Apple TV.

So which is right? 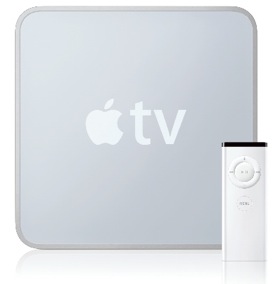 While I’ve long dreamed about an Apple TV with DVR functionality and a Blu-ray drive built-in, now that I actually own an Apple TV, my thoughts are much more in line with Dilger’s. I don’t want a DVR because I no longer watch cable television. And I don’t necessarily need a Blu-ray player because I know that one day in the future, video downloaded over the Internet will equal the quality of Blu-ray, and will surpass it — another physical format left in the dust of digital distribution. So why spend all that money to load up on Blu-ray discs right now?

First of all, it would have to start dealing with cable and satellite providers, something which will be no walk in the park given the general level of incompetence that group seems to have when it comes to new ways of thinking about services.

Secondly, a DVR would completely undercut the TV show sales that Apple has been pushing through iTunes and on the Apple TV over the past couple of years. The television studios aren’t afraid to walk away from Apple, as we saw NBC do (before it came back last year) because iTunes television store is not the behemoth its music store is. If Apple added DVR functionality, some of the TV studios may pull content from iTunes.

Third, how will the movie studios feel about such functionality on a box they’re allowing their content on? It’s probably not any stretch to think that Hollywood equates the DVR with piracy, and nothing scares Hollywood more than piracy. I’d bet the line of thinking goes something like this: If people are recording shows on their Apple TV, which is essentially a computer, who knows what they can do with that content?

Fourth, with the popularity of television streaming over the Internet quickly rising, cable television is less of an absolutely necessity. That will only continue to be the case in the future as service like Hulu grow and make their way into the living room on other set-top devices (like perhaps the Apple TV, more on that below). Apple should be helping this transition away from cable television (since its iTunes store basically rivals it), rather than helping to prolong its existence.

It’s true that Apple does have some patents for using the Apple TV as a DVR, and they look very intriguing. But at the end of the day, Apple owns a lot of patents for things it will never do, and I think the DVR would simply be too much of a hassle and would defeat the purpose of the iTunes television store, and could hurt its relationship with both the television and movie studios. 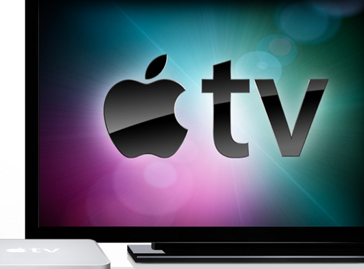 Munster’s other main prediction is that Apple will get into the high-definition television business itself by creating a TV with Apple TV functionality built-in. This is another rumor that has been around for a while, and it’s somewhat plausible simply because of Apple’s Cinema Display line of monitors and relationships with LCD makers like LG. But there are some problems Apple would have with this product as well.

The biggest one would be price. High definition televisions sell right now at low margins — that alone should be a huge red flag for Apple, which loves high margin products. Munster says that Apple could get around this and “change the rules of the game,” but at the end of the day, are consumers really going to spend a high premium to get an Apple-branded TV? I know it works with its computers, but those offer an arguably better experience than their PC counterparts, an Apple-branded TV would likely be in the league as its Cinema Displays — which is to say, extremely overpriced.

Munster would undoubtedly argue that the Apple TV built into the television would make the higher price worth it, but the television market is a different market than the computer or monitor markets. I just don’t see how Apple could get into that business without releasing a high margin product, and I don’t see how a high margin product could compete when every other product in the field is low margin, and thus, a lot cheaper.

So What Does the Apple TV Need To Do?

Dilger has some good thoughts for what Apple should include in the Apple TV to push it forward, including adding support for Netflix content (something which is proving to be a hit for the Xbox 360) and, as I mentioned above, Hulu content. But in my mind there is one thing that Apple can, and I think will, do to take the Apple TV to the next level: Give it access to the App Store.

The App Store is arguably the biggest reason for the iPhone’s success now. Rather than Apple having to make everything for the device, it has third-parties creating over 15,000 applications for it less than a year after its launch. There is no reason to think that Apple couldn’t translate that success into other products, and most obviously, the Apple TV.

There are a number of applications that would be very useful on an Apple TV, but gaming would likely be the biggest category, just as it is on the iPhone. We’ve already seen people hook up an iPhone to a television to play games, and you just know that Apple is thinking about the same thing.

As an extension of that thought, the current Apple TV remote sucks. It’s impossible to quickly scroll through content if you have a lot of it, and it’s even harder to do something like a search. But Apple already has the perfect solution: the iPhone and the iPod touch.

It makes a lot of sense to use those devices as the remotes for the Apple TV — and its Remote app already allows you to do that, but Apple need to bulk up its functionality. For example, you need to be able to use the iPhone or iPod touch’s keyboard to type on the Apple TV. And to go back to gaming, you need access to its multi-touch and accelerometer capabilities for use as a gaming controller. 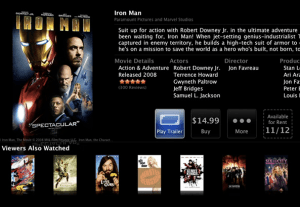 Apple could also greatly help out Apple TV if it negotiates same-day releases for movie rentals that brick and mortar stores like Blockbuster get. While you can buy new releases the day they come out right now, many aren’t available to rent until several weeks later. This is annoying if there’s a movie you want to see, but aren’t sure if you want to buy yet.

Apple and some movie studios have seemingly been testing the waters on such a rental policy, but it needs to cover every movie that is released. Apple needs to make the Apple TV the Blockbuster store in your living room.

Something else that could further boost its rentals and sales is a try-before-you-buy policy. Apple should allow you to rent a movie and if you like it, buy it for the cost of the movie minus the rental. I can’t figure out why this isn’t in place already other than typical greed.

Apple also needs to roll out high definition movies for purchase on the Apple TV. Right now, you can rent movies in HD, but you cannot buy them. And oddly, you can buy television shows in HD, but you can’t rent them. I’m sure that Apple will sooner or later switch to an all-HD policy (and just downgrade the content for those without HD television, which will continue to shrink), but sooner would be better.

From a Hobby to the 4th Leg 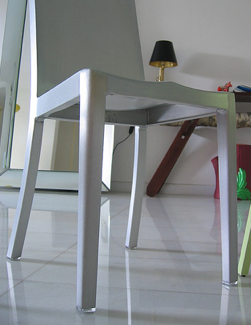 A lot is made about Apple repeated statements that the Apple TV is a “hobby” device for them. That’s simply because they’ve been focused on the iPod, Mac and particularly the iPhone platform recently. Those are the so-called “three legs” of Apple’s chair, that chief executive Steve Jobs sometimes refers to. But now that the iPhone has proven to be an absolute success, it’s time for Apple to start working on stabilizing its fourth leg, the Apple TV.

During Apple’s most recent earnings call, chief operating officer Tim Cook (who is running Apple during Jobs’ medical leave) said that the Apple TV sold three times as many units for the quarter as it had the year before. Even with just the current hardware and functionality, Munster is projecting over 6 million Apple TVs sold this calendar year.

The promise of this being a viable business for Apple is certainly there. Apple just needs to pick the right things to focus on when it comes to functionality for the device. It has in the past with its other products. Will it do the same for the Apple TV?