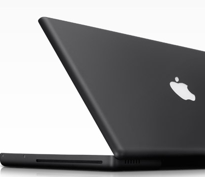 Apple notebook computers which include the MacBook, the MacBook Pro and the MacBook Air are hot items. How hot? Their North American market share grew 60 percent in the second quarter of 2008 as compared to the same quarter last year, according to a report by DisplaySearch.

Consider this: While Dell and HP rose slightly during the same time period (Dell from 21.6 percent to 21.9 percent and HP from 21.2 percent to 21.4 percent), other players in the notebook business saw their market share plummet. Acer, which includes both the Gateway and Packard Bell brands, fell from 18.6 percent to 14.4 percent of the market. Toshiba fell over two percentage points as well.

But Apple rose a full four percentage points, taking its share from 6.6 percent to 10.6 percent.

This news comes on the heels of rumors that Apple is prepping a refresh of its notebook line of computers. Specifically, numerous reports suggest that Apple is close to unveiling a redesigned MacBook Pro. An update to the MacBook Air, which was released last January, could also be in the cards. These updates may come as early as next month.

One reason for the surge in market share could be that small and medium-sized businesses are getting more comfortable with operating on the Mac platform, John Jacobs, author of the DisplaySearch report, told the Apple blog Cult of Mac. “The reliability of Apple is now starting to trump reluctance because of price,” he said.

For all its success in North America, Apple still hasn’t made enough gains to dent the top 5 notebook manufacturers in the EMEA region of the world, which including Europe, the Middle East and Africa.