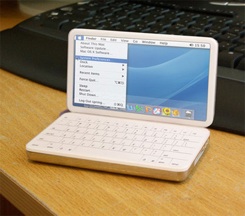 A lot of people have already expressed joy over the confirmation that Apple will be unveiling a bunch of new MacBook laptops at an event Tuesday in San Francisco. But to most people (not white-collar tech types), Apple computers come with one problem: They’re expensive. Given the current economic crisis, Apple may have some trouble on its hands trying to sell a premium product going into these tough times.

But the hot rumor yesterday indicated that Apple may be preparing a new price range for its laptops. The significant part is that the low-end models would supposedly start in the $800-range. If true, that’s great news considering that Apple has never really made a laptop for less than $1,000. But you almost have to wonder: Is that even enough of a drop?

Former Engadget editor Ryan Block more or less wonders the same thing when he asks if the time is really right for Apple to be launching new expensive laptops. He notes that, while the wheels for the new machines were set in motion long before Apple could have known the current economic situation, this might be the perfect time for a netbook — a cheap sub-laptop computer — rather than new MacBook Pros.

Most netbooks are well under $500, with many about half that cost. It’s probably not too likely that Apple would dip all the way down to that price range, but if it wants to keep growing its market share in the times we find ourselves in, it might want to consider that option. 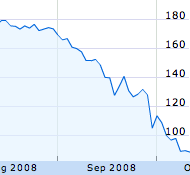 People’s portfolios have been slashed. After today’s free fall of over 7 percent, the Dow Jones Industrial Average is nearing the 8,500 mark — a level it hasn’t been at since 2003. The Nasdaq, where Apple’s stock resides, is doing just as bad, at 1,645.12 — again, a level it hasn’t been at since 2003. Apple’s stock itself has a chart that even looks like a cliff just in the past two months. It’s gone from near $180-a-share in early August of this year, to $88.74-a-share today.

A sub-$1,000 laptop unveiled on Tuesday would be impressive to a lot of people, but long term, given the climate we’re in, Apple may want to go even lower. And maybe that’s the plan for the Mac Tablet computer, which probably isn’t a part of Tuesday’s event. If that’s the case, Apple needs to hurry up with those if it wants to keep up.