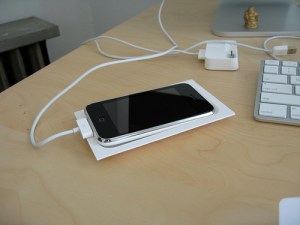 When Apple removed a third-party application that allowed you to use your iPhone’s data plan on your computer (also known as “tethering”), it should have been no surprise that AT&T was working on its own solution. After all, the company offers similar plans for other phones. The company recently confirmed that such a plan would launch sometime in 2009, and a source has given some supposed details to the blog MacBlogz.

According to their source, the details are as follows:

• 5 gigabyte data cap (just like Blackberry users) – AT&T will automatically turn off your tethering connection if you use too much bandwidth. Of note, the 5GB cap might get sliced for all users, not just iPhone users, in order to accommodate all new tethering plan customers (bandwidth demand).
• Initial connection through iTunes? (not sure if this is every time you connect, or just for initial setup)
• Expected speeds: GPRS: 30k – dialup speeds / EDGE: 110k – ISDN speeds / 3G: 1000k – slow broadband.
• You’ll want to disable auto-updates for everything, so as to not go over usage limitations.
• Will be +$30/month, new iPhone plans may be rolled out with tethering rolled in.
• Do not pro-rate tethering/bandwidth, it can become a nightmare, instead wait until new billing cycle.
• For unlimited bandwidth, AT&T will tell you to get a wireless PC card.
• No idea on a launch date.

While $30 a month may seem like a bad deal, consider that most separate 3G data plans meant for computers are around twice that price a month. The problem lies in the fact that there is a cap on the data. Apparently, for unlimited data you’ll want to get the 3G PC card.

And of course, $30 a month is a bad deal compared to NetShare (the third party tethering application Apple removed). I was able to get the app before Apple removed it, and it works well — but, as you might expect, it quickly drains the iPhone’s battery.

Bandwidth usage on these “unlimited” plans is apparently becoming more and more of an issue. A report just yesterday suggested an Internet radio app was rejected from the App Store because of bandwidth concerns.