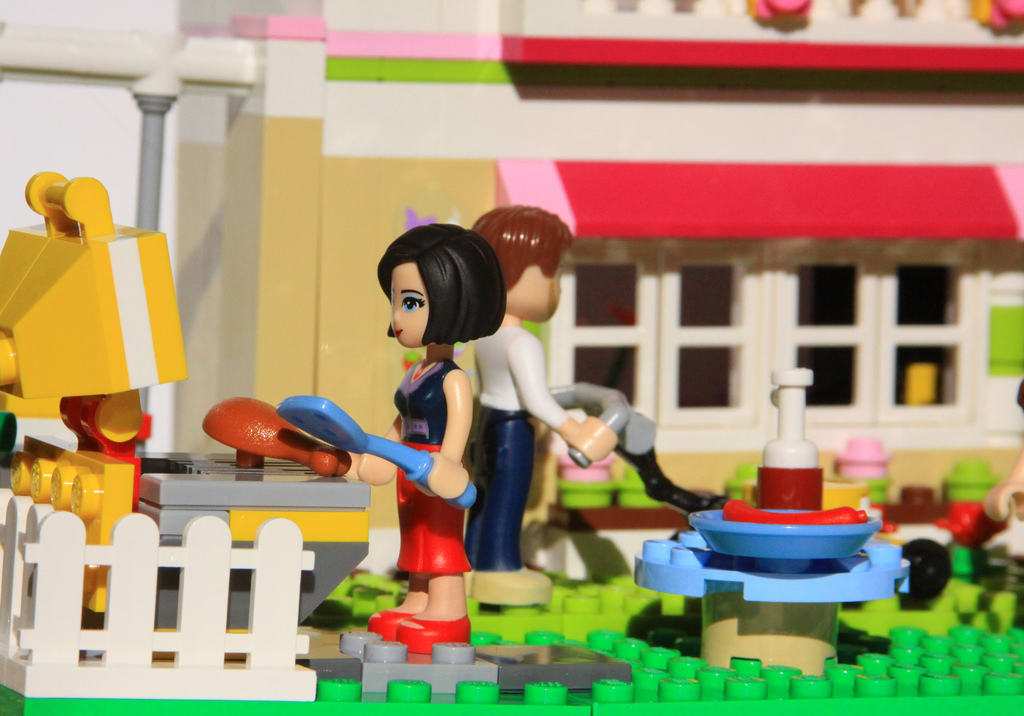 Most new social-local apps are a bore, frankly. But most don’t have a CEO who did a couple of tours of duty in Desert Storm, was a chief mechanic for a NASCAR team, and then, after selling a startup, went back to study at MIT.

That chief executive is Damien Patton, the founder of Banjo. A couple of years ago, Patton almost met a friend in Logan International Airport in Boston. The friend had posted on Facebook, Patton had tweeted on Twitter.

Predictably, they missed each other. But the occasion did give Patton an idea for an app that brings all your social networks together and one that treats location as an organizing principle for social updates … which seems, in retrospect, to be such an obvious and intuitive idea.

The third version of Banjo, available today, showcases both location and friends differently than any other app I’ve used. I got an advance preview of the app, which already has three million users in 194 countries, to test yesterday.

Location: the here and the there

Social apps with location awareness are often all about “here” — what’s happening around you right now. “We want a way to see important things near us, across networks … we shouldn’t miss out on things that are important to us,” Patton told me. 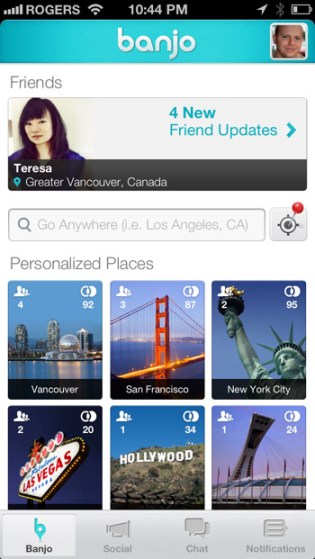 Above: Banjo organizes all your friends across all your networks into locations

“Actually, the ‘here’ gets pretty stale,” says Patton. “For most people, 80 percent of their life is office and home. But people don’t want to miss out … they want to know what is going on for their friends everywhere.”

So Banjo organizes all your friends across all your social networks — Facebook, Twitter, Instagram, LinkedIn, and more — by location. And it will alert you to common connections who you might know via another friend.

For example, I have friends in Monaco. Sometimes it would be nice to just notice what they’re up to, and perhaps find out that they’re watching the Monaco Grand Prix, or just whiling away the day on a boat in the Mediterranean. For Patton, who is still into racing, knowing that a friend is at a Formula One race in Seoul, Korea, is priceless … as is experiencing the event through his Facebook updates.

It’s not difficult to do the local, Patton said, but doing the “there” is hard — very hard.

The challenge is indexing everything for you real-time, in cities that the cloud-based service behind the Banjo app doesn’t even know you’re interested in, until you start up the app. Patton calls it a “real-time geospatial engine.”

And the connections aren’t just to people you specifically know, either. Banjo goes a little wider than that.

“Banjo created the ability to cross the social graphs,” Patton told me. “For example, it can tell me that a person taking a photo on Instagram is friends with a friend of mine on Facebook … even if I’ve never heard of Instagram.” 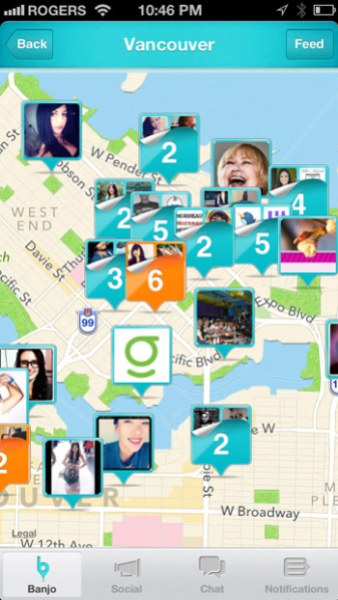 Above: Banjo map view shows you what’s happening across your social graph at a very granular level of location

Patton calls those “common connections.” Banjo starts with friends, moves to connections, and can even show you a public feed of publicly-available social updates: photos, statuses, tweets, and more.

“We’ve indexed 52 billion unique connections,” says Patton. “So when you go to Atlanta, it’s customized to you. We can personalize everything to you as an individual user as it happens.”

That enables all kinds of possibilities, like the ability to find a specific location, filter by a keyword, and find all the people in Chicago at the Bears game, for instance. Or everyone in Silicon Valley who is talking about Ballmer’s recent interview with Reid Hoffman.

That’s both cool and useful, and Banjo’s home screen, which shows you your friends organized by where they are are, is as well. I asked Patton if he envisions people using Banjo as their primary social app, since you can also use it to post to multiple social networks.

“For some, yes,” he  replied. “But it’s really about the power to not miss out on things that are happening all across your social landscape. It’s so noisy right now … but when you look at it through the lens of connections and locations, it’s less noisy.”

Banjo is available for both iPhone and Android.