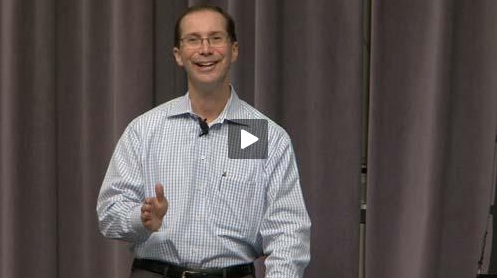 Bill Gross, the founder and CEO of the business incubator Idealab, as well as the Twitter app company Ubermedia, has high hopes for Google+.

“I predict that Google+ will go from 0 to 100,000,000 users faster than any other service in history,” Gross wrote on the service this morning.

A bold prediction indeed, but there’s a very good chance that he’s on the right track. Once Google+ becomes available to anyone with a Google account, the amount of users on it will undoubtedly explode. Gmail alone has over 200 million users globally, and Google’s reach via search and other services adds hundreds of millions of other potential users just waiting to jump into G+.

Currently Google+ is available to people with a public Google profile, and the search giant resumed sending out Google+ invitations last week after closing them for a few days due to what it said was “insane demand.”

Gross is no stranger to social networking. He launched the Twitter aggregation startup TweetUp last year, which eventually became Ubermedia as Gross added features to the company’s core app and purchased mobile Twitter apps Echofon and TwitDroid. Ubermedia was also reportedly in negotiations to acquire the popular client TweetDeck before Twitter snapped it up.

“The service is great. It is timely. People are engaging with it like crazy,” Gross wrote. “There are rumors that there are already 4.5m people. That might be high. It might be as low as 1m, or even lower, but my guess is that it’s more than 1m people already. That already is probably the fastest growing service (0 to 1m) ever.”

Former Google CEO Eric Schmidt revealed last week that Google+ already has millions of users. That news didn’t strike me as too surprising, however, since the service hasn’t exactly been wanting for users. When Google opened up G+ invitations for the first time two weeks ago, it had to quickly close them off due to “insane demand.” At this point, Google+ likely has as exactly as many users as Google wants so that it can make sure the service is stable enough for the greater public.

Gross points out that it makes sense for Google+’s user numbers to explode since Google is already a huge company. Facebook and Twitter, on the other hand, had to start from scratch. “However, the product is extremely well executed, and a lot of people are smitten,” he added.