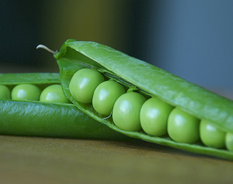 When I was growing up, if you heard the term “movie rental,” Blockbuster immediately sprung in your head. That’s not the case anymore. Thanks to Netflix, video on demand from the cable companies and an increasing number of options to rent films over the Internet, Blockbuster is increasingly irrelevant. But it’s trying to battle back, and now it has a new partner: Microsoft.

Specifically, Blockbuster is teaming up with Microsoft to use its new Live Mesh services to take its digital movie distribution mobile, according to The Dallas Morning News. I find this partnership somewhat humorous because it’s Blockbuster, which is quickly falling behind in digital movie distribution, teaming up with Microsoft, which is quickly falling behind in mobile.

But, to be fair, Live Mesh is still in its infancy. It certainly could work well overall, but in terms of getting Blockbuster content onto portable devices, you can be sure that it won’t work too well (if at all) with the king of such devices for the foreseeable future: Apple.

Apple has by far the most popular portable digital media player (the iPod) and the only device that seems poised to compete with it is another Apple product, the iPhone. For many consumers, if they’re going to be consuming movies on their portable devices, it’s likely going to be on one of those. I wouldn’t expect to see Live Mesh or Blockbuster content (since Apple distributes its own movies over the Internet now) on Apple devices anytime soon.

But at least Blockbuster is trying. “Eventually, we’ll give customers instant access to any movie on any device with an Internet connection and a screen,” said Keith Morrow, Blockbuster’s chief information officer told The Dallas Morning News. The company isn’t just focusing its efforts on using Microsoft, it seems open to partnering with others who can help spread its content.

Just last week, the company finally brought its own set-top box option to market for streaming movies over the Internet. It was laughably late in doing so (and quickly did so after recently saying there was no hurry to do so), but it’s a somewhat compelling option.

But Blockbuster also still seems hell bent on pushing its kiosk idea forward. The company is hoping it can place stands in Blockbuster stores and places like airports and have people plug their devices into them to transfer movies over. Perhaps not an awful idea if it worked with iPod and iPhone — but it won’t, unless Blockbuster is going to offer rental movies from these kiosks free of digital media rights (DRM), which Hollywood would never allow.

Instead, Blockbuster will need to team up with other media players, ones with much less market share than Apple’s devices. That’s not to say that others can’t possibly gain popularity eventually, but by the time they conceivably could, the Internet should be ubiquitous and fast enough that the idea of using a kiosk will be laughable. Hell, it practically already is.