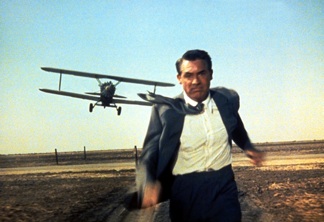 “Is there any real urgency for us to go out there and create a whizbang set-top box? No,” Blockbuster chief executive Jim Keyes told paidContent in August. So it’s somewhat surprising to hear that the company is now rushing to get a set-top box out in time for the holidays, Home Media Magazine reports. That seems like a pretty urgent move to me.

Of course, maybe I shouldn’t be surprised. This is Blockbuster after all, the once dominant force in the home movie viewing experience that has been laughably slow to embrace new trends in its industry over the past several years.

Notably, it failed to see the shift to online movie rentals done over the mail which put Netflix in a position of power. Eventually, Blockbuster launched its own version of such a service, but it was too late. Then, as Netflix shifted towards digital distribution over the Internet with its Watch Instantly content, Blockbuster sat back and did nothing for several months — despite having bought Movielink for just that purpose — and just recently launched its own web site to stream movies. Too bad Netflix is already onto the next stage.

Now, as Netflix is busy striking deals to put its Watch Instantly content on devices like the Roku box, the Xbox 360 and TiVo, Blockbuster sees the need to get its own set-top box. Surprise, surprise.

Of course, Keyes offered no details about Blockbuster’s set-top box plans beyond the holiday timeline and that it would use its Movielink service. Who knows if Blockbuster will make the box or if it plans to partner with someone like Roku, which is looking for more partners. Also unclear is pricing, content and all the rest of that important information.

The transition to the digital distribution of movies over the Internet has already begun. Some folks (and movie studios) are still holding out hope that the Blu-ray high definition disc format will be the next big thing, but it’s becoming more and more clear that digital distribution will supersede it. Just how clear? Well, even Blockbuster is getting into the act now.