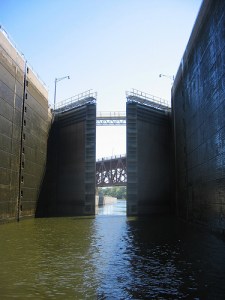 On one hand, you want to give Blockbuster credit for at least trying to save itself. But on the other, it’s hard to give credit to a company that perpetually seems a day late and a dollar short.

Yes, Blockbuster has another announcement to make regarding internet movie delivery, and yes, once again it’s something that several of its competitors have been doing for some time. At least, I think.

You see, it’s hard to tell exactly what Blockbuster is announcing in its partnership with Sonic Solutions. In its press release, the company states the alliance will give consumers access to Blockbuster’s sprawling library of premium digital entertainment — but wasn’t that also the point of the set-top box Blockbuster delivered with 2Wire back in November?

Remember that one? It’s the one that Blockbuster rushed to get out the door in time for the holiday shopping season after its chief executive brushed off the idea of needing a set-top box just months prior. I’ll forgive you if you haven’t heard about it — while other devices like the Roku (which plays Netflix streaming movies and now Amazon movie content), the Xbox 360 (which streams Netflix as well and has its own downloadable movies over Xbox Live) and several Blu-ray players have gotten a lot of buzz for their capabilities, I’ve heard basically nothing about the Blockbuster box since it launched.

So maybe this announcement is a kind of do-over for Blockbuster, because now apparently the company’s movies will be coming to more than just the one box. This multi-year agreement will see Blockbuster handling the branding, while Sonic powers the content delivery across a range of devices including PCs, portable media players, Blu-ray players, personal video recorders, mobile phones and anything else you can squeeze a movie onto. The deal is also said to include both video on-demand and download-to-own options.

That all sounds good, but one has to wonder if partnering with one company, Sonic, will limit Blockbuster’s ability to reach devices the way that Netflix can? Or perhaps the deal won’t limit Blockbuster to using only Sonic for its distribution (what happened to that Microsoft deal for using Live Mesh?), and if that’s the case, this will seem like just another stop-gap measure to get its content out there as quickly as possible to compete with the increasing ubiquity of Netflix and others’ content on home consumer devices. Hell, it already seems like that.

For as much information as there is in this press release, it sure isn’t saying much of anything that’s concrete. There will apparently be many devices with Blockbuster content, but it still doesn’t seem to have an option that matches Netflix’s all-you-can eat “Watch Instantly” service. Still, Blockbuster is considering that, according to CNET.

The release also states that devices will be sold through Blockbuster retail stores, blockbuster.com and other leading retailers, but it’s not clear what those devices are or which other retailers will be selling them. As vague as this all is, I shouldn’t have to tell you that no pricing was given for anything.

Here’s how I basically read all of this: “Hi, we’re Blockbuster, we know the tide is shifting toward movie distribution over the internet, but we failed to take advantage of our position of absolute power years ago to lead the way in this change. Instead, we bought Movielink then did basically nothing with them for a year, humorously talked about in-store kiosks, tried to buy Circuit City (which has since filed for bankruptcy) and laughed off set-top boxes in the living room. Then we realized we were losing both market share and consumer mind share, so we’re rushing as quickly as possible to get as much junk out the door as we can without really thinking it through. So look for our new things, they’ll be available sometime, with many options, at some price. Trust us, they’ll be good.”