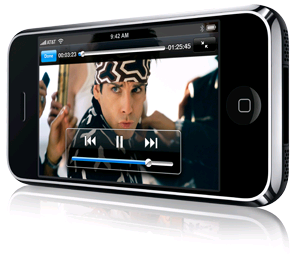 I’ve already broken down why Blockbuster’s latest attempt to spread its content is a bit sad. It simply always seems to be one step behind in a fast evolving landscape. For example, it has said in the past that it wants to be on portable devices but wanted to use a system (kiosks) that would likely leave out the most popular portable media products by Apple. Well, now Blockbuster is changing its tune.

Blockbuster’s senior VP of digital entertainment, Kevin Lewis, included Apple in a list of products the company plans to make its digital content available on, according to Reuters. “We need to be in the normal places that consumers want to watch movies,” he went on to say. That’s true — but, Apple may not be so open to that idea.

You see, Apple already has its own system for distributing movies and other content over the Internet: iTunes. I’m not sure why it would allow a competing service from Blockbuster to access its popular devices when it doesn’t allow other rivals, like Amazon, to sell MP3s on the iPhone, for example. While consumers might like a choice, it would undercut Apple’s attempts to build a robust digital movie experience into iTunes, which is already the number one music retailer in the US.

Furthermore, Blockbuster indicated in December that it was teaming up with Microsoft to use its Live Mesh service to distribute its content to mobile devices. You can bet that system will not work with the iPhone or iPod touch.

And the iPhone, iPod touch and Apple TV are all pretty picky when it comes to what type of digital movie content they will play. The iPhone, for example, likes H.264-formatted video of up to 1.5 Mbps, running at 30 frames per second at 640 by 480 resolution. There’s a little wiggle room in there — it will also play regular MPEG-4 video, I believe — but not a lot.

For a company like Blockbuster to gets its movies on the iPhone, it would have to make special iPhone-ready versions of each movie it wants to sell. That’s certainly not out of the question, but it’s a tall order when Apple is likely to do everything in its power to promote its own content over yours . . . and pretend yours doesn’t exist.

Above, I brought up Amazon’s MP3 store. It’s a similar situation because while you could buy MP3s from Amazon that would work on Apple devices, the process to do so was more laborious than just buying them from iTunes. I should know — before iTunes recently went DRM-free, I bought all my music from Amazon and then transferred it to iTunes. It wasn’t a big deal, but for the average consumer, it might be. And 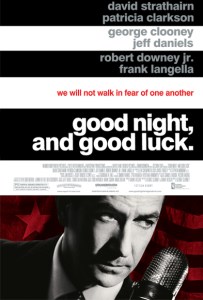 MP3 is a common standard, while the video formats for the iPhone, iPod touch and Apple TV, aren’t.

Oh yeah, and perhaps most importantly, Blockbuster would have to sell/rent these movies DRM-free, unless it somehow convinced Apple to support whatever version of DRM it was going to use (which is very unlikely). Do you think the movie studios are going to let Blockbuster sell movies without protection? No way.

Blockbuster’s best bet may be to join up with the DECE group making a new form of DRM (which it refuses to call DRM) and hope that their combined power can force Apple to accept the standard as well. Which, yet again, is unlikely.

So, what Blockbuster is saying about getting its content on Apple devices may sound great on paper. But in practice? Good luck.