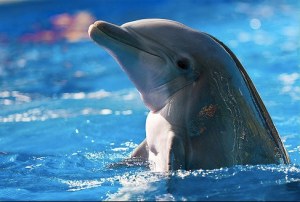 “The stream is the next big problem after the cloud,” Nova Spivack, co-founder of Bottlenose, told VentureBeat.

In other words, you’re about to get flooded with social media updates from your gazillions of online “friends” — if you aren’t already.

Spivack’s response to this so-called “Sharepocalypse,” or the new era of social network insanity, is Bottlenose. It’s a social media dashboard for the professional who needs to be constantly in-the-know — or for hyper-obsessed social network power users like, well, me.

The tool features a single or multicolumn view for a unified look at all Facebook, Twitter and Yammer updates — and eventually RSS and email messages. It’s point, however, is to extract just the best updates for you, so Bottlenose includes a slew of filtering options and comes with a few default “assistants,” or algorithms, that highlight suggested updates and popular messages from your networks.

You can optionally add additional assistants to follow particular people, follow updates from just the people you like (as determined by the tool), track auto-identified breaking news stories or create your own rules to compose custom streams.

In short, Bottlenose hopes to stand out in the crowded social media dashboard space — Brizzly, Tweetdeck and HootSuite come to mind — by automatically bringing to light patterns and trends buried in your streams, and it’s doing so via a custom built natural language engine that took more than a year to develop.

You could liken it to Twitter-owned Tweetdeck, if Tweetdeck had its own central nervous system designed to (echo)locate the most important information in a sea of noise, that is. 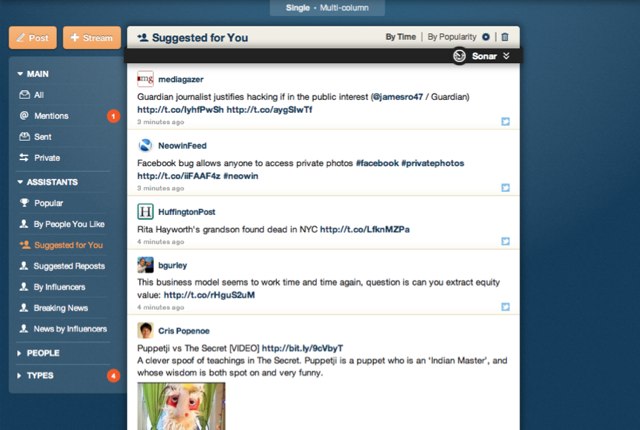 The tool’s most compelling feature is Sonar, a visual interface that distills stream updates into a clickable trending topic diagram. People can select the Sonar option to see which topics, hashtags and people are resonating across their networks, and click displayed words to view related content and re-center the diagram around each keyword.

More impressively, however, is the startup’s ability to process and understand data at lightning-fast speeds. “We’re processing up to 3,000 messages per second, per browser, per user,” Spivack said.

How do they do it? Via a patent-pending process the company calls “crowd computing.” In essence, each Bottlenose user’s desktop becomes part of the company’s cloud network, which means that sophisticated stream computation can happen on a network that is constantly scaling as new users join. 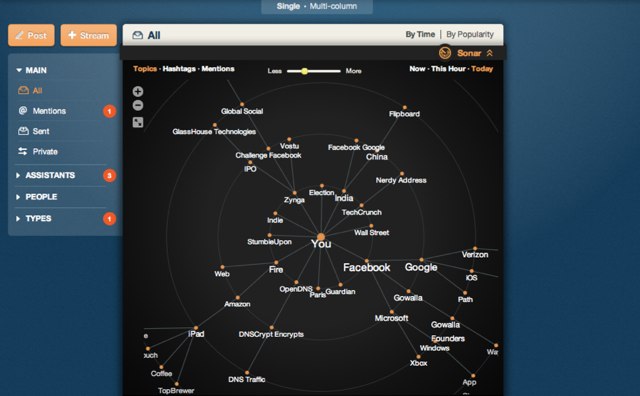 You may recall rumblings earlier this year that Twitter was interested in acquiring the then super-stealthy Bottlenose. And now it’s clear why. The product gives power users and marketers a way to personalize their Twitter experience with an alternative view allowing for intelligent update consumption.

“We had discussions with Twitter,” Spivack said without explicitly confirming the depth of those talks, “but we’re a horizontal app … it makes sense for us to be neutral.”

The goal now, Spivack iterated, is for Bottlenose to become a billion-dollar business.

That all depends, of course, on adoption and large quantities of professionals willing to pony up for social intelligence. At launch, the product will be free, but eventually the company will release pro and enterprise offerings with monthly fees.

Bottlenose is a 10-person, angel-backed startup based out of Los Angeles.

Intrigued? Bottlenose is in private beta, but VentureBeat has 1,000 invites to dole out. Just enter “venturebeat” in the code field on Bottlenose’s signup page. If you miss the window of opportunity, you can also try your luck without a code. Folks with high Klout scores will also be granted access.