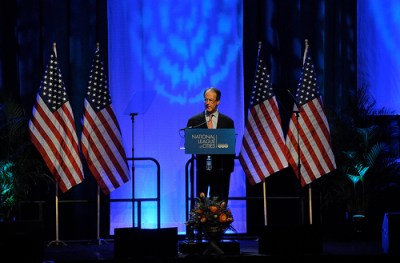 Erskine Bowles, recent co-chair of President Barack Obama’s commission on fiscal responsibility and reform, and former president of the University of North Carolina system, has joined social networking giant Facebook as a member of the board of directors.

Bowles has an extensive background in academia, which seems appropriate given Facebook’s close ties with universities. When the site first launched, Facebook spread virally as a way to communicate and connect on college campuses — much like the ones in the UNC system. But it’s Bowles’ experience as a government official which might prove more valuable for Facebook as it inches closer to its inevitable colossal IPO.

“Erskine has held important roles in government, academia and business which have given him insight into how to build organizations and navigate complex issues,” Facebook chief executive Mark Zuckerberg said in a statement.  “Along with his experience founding companies, this will be very valuable as we continue building new things to help make the world more open and connected.”

He joins a board of directors filled with storied titans in Silicon Valley, including the likes of Marc Andreessen, Accel Partners’ Jim Breyer, Washington Post CEO Donald Graham, Netflix chief executive Reed Hastings (who joined in June) and Peter Thiel, an early Facebook investor and graduate of the PayPal school of sick-nasty exits.

Bowles served in former President Bill Clinton’s Small Business Administration in 1993 before becoming Clinton’s chief of staff the following year. He served as White House chief of Staff from 1996 to 1998. Bowles is on the board of directors of General Motors, Morgan Stanley and North Carolina Mutual Life Insurance Company.