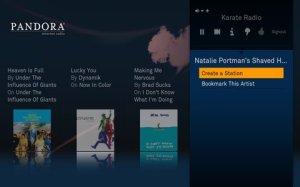 Boxee, the streaming content startup, continues to push updates out at a brisk pace. Tonight, at its meetup in New York City, it’s announcing a few new features, one of which should help bring back Hulu support.

The marquee name being added to Boxee is Pandora, the online music streaming and recommendation engine. Fans of Pandora will now be able to listen to their favorite stations and make new ones right from within the application. This Pandora app was built using Boxee’s brand-new application programming interface (API), which is said to be more robust than previous versions and should allow for richer app development.

You may wonder why you’d want to use Pandora in Boxee rather than going to its site. Well, Boxee’s goal is to be the central hub for all streaming content on the web, and Pandora is a huge part of that. If consumers can access these sites and services from within one application, it helps simplify the online media experience. Also, Boxee eventually wants to be a major player in the living room. While it’s been thinking about making a device on its own, it currently works on the Apple TV, through a relatively unobtrusive hack.

And speaking of hacks, another part of this announcement is that Boxee is upgrading its web browser. The new version is based on the XUL-framework, which basically means it’s going to be similar to browsers that Mozilla builds, like Firefox. Why this matters is that with a Firefox-like browser, Hulu, the premium streaming content site backed by NBC and Fox, is going to have a harder time keeping its content from getting on Boxee.

Last month, Hulu says, its partners asked it to pull its content off of Boxee, even though the service was still showing the advertisements that Hulu makes money off of. Boxee responded by using Hulu’s public RSS feeds to work around this blockade and bring the content back. Hulu was able to partially block this again, and then Boxee came back again. This new browser is the lastest jab in the back and forth.

Boxee is also announcing the availability of a PBS app from BoxeeHQ, a group that makes Boxee plugins, as well as RadioTime, an app that lets users stream over 100,000 terrestrial radio stations from around the world.

The New York-based Boxee raised a $4 million first round of funding last November from Spark Capital and Union Square Ventures. 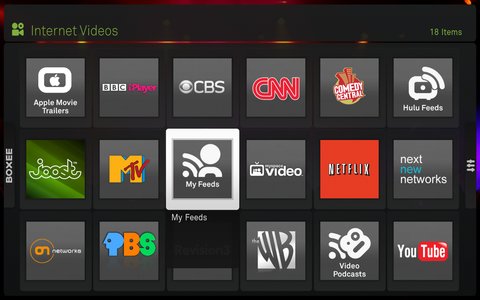