Boxee, a company that has won ardent fans of its software for viewing online video and web content on your TV, has raised $6 million in a second round of funding.

The New York startup raised $4 million at the end of 2008, so it seems awfully soon to be bringing on more cash. Founder and chief executive Avner Ronen says raising a new round seemed like a good way to help Boxee build on its momentum — some of the company’s biggest headlines have come from its struggles to play content from video site Hulu, but leaving the mini-feud aside, Boxee is seeing healthy growth, he says, with 600,000 users and 150 third-party applications that add to its features.

Boxee’s next steps include launching a “beta” testing version this fall (that’s right, the software has only be released as an “alpha” so far), bringing in more content, and getting on to more devices. On the device front, most people currently use Boxee by connecting their computer to their television. For the company to reach a mainstream audience, it also needs to be on video game consoles, set-top boxes, and Blu-Ray players, as well as on Internet-connected TVs themselves, Ronen says.

But is a mass audience really interested in watching web video (and sharing what they’re watching via social networks) from their TV? The amount of time spent watching normal TV hasn’t dropped, so is it possible that Boxee is ahead of its time? Ronen argues that there’s a generation gap developing, with younger viewers seeing the Internet as the center of their entertainment. As that shift continues, he says Boxee will become the TV equivalent of Firefox — a more open alternative to products from established players.

“I don’t think there’s a revolution coming over night … but I think the future is pretty clear,” he says. 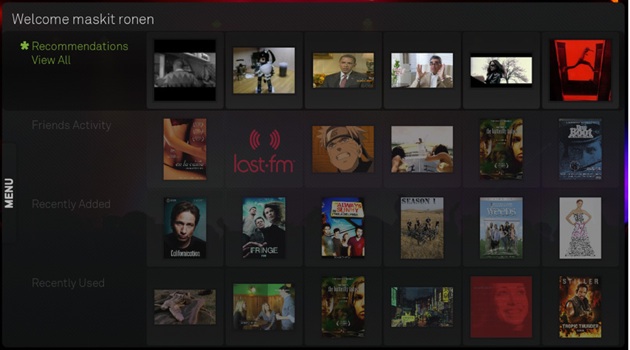