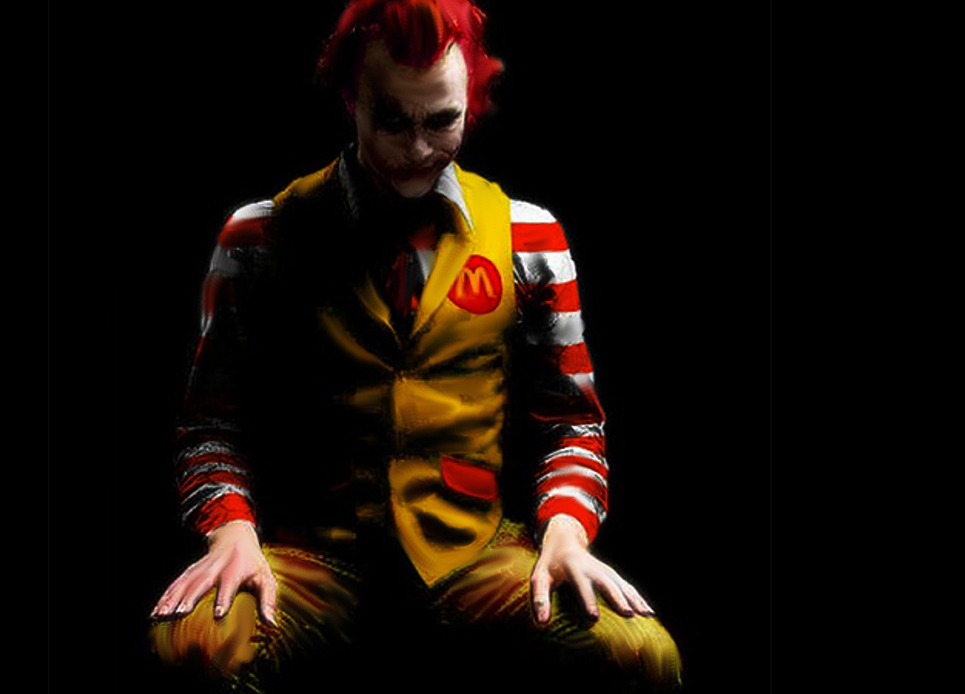 Catch it while you can: The official Burger King Twitter account has gone up in flames and is now promoting Big Macs and bath salts — as well as the #LulzSec hashtag.

UPDATE: Around or before 11 a.m. Pacific Time, the @BurgerKing account was suspended by Twitter. McDonald’s reps tweeted, “We empathize with our @BurgerKing counterparts. Rest assured, we had nothing to do with the hacking.”

And you thought today was gonna be a slow news day.*

The first non-kosher tweet was posted around 9 a.m. Pacific Time. With the fast food chain’s Twitter icon changed to the McDonald’s signature golden arches and the username changed to McDonald’s, the account posted, “We just got sold to McDonalds! Look for McDonalds in a hood near you @DFNCTSC.” 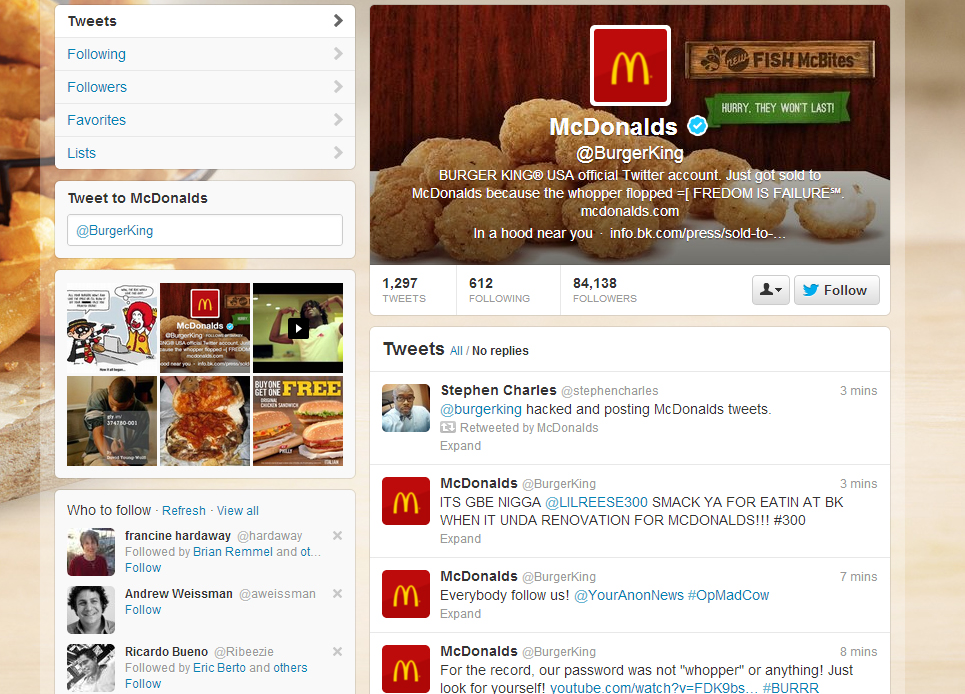 In case you were curious, @DFNCTSC is a dummy account with no picture, following no users and posting no tweets.

Since 9 a.m., the Burger King account has been retweeting other users’ observations on the hack and making references to various street and prescription drugs being used in and sold by the chain. Not exactly comedy gold, but it’s still early out here on the West Coast.

The hack was carried out for reasons as yet unknown and allegedly by members of Anonymous, the vigilante Internet hacker/script kiddie free-for-all-slash-freedom-fighting-collective. We have no idea what they want, but #OpMadCow is apparently underway. We’ll keep you updated when we know exactly what #OpMadCow is all about and exactly what Burger King did to piss off the underbelly of the Internet.

We’re also particularly looking forward to Burger King’s eventual reaction; let’s see how long this takes and where the fast food chain will find its voice. The last post to the BK Facebook page was a coffee promotion four hours ago; its last Google+ post was yesterday; the company’s website hasn’t posted a press release since last week; and there is no official Burger King blog.

Looks like the BK social media team is out to lunch. Hah! Puns.

*Be not deceived; it’s still an incredibly slow news day, hence our posting on the childish outbursts of a hacked fast food chain’s Twitter account.