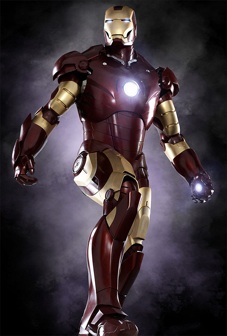 Dell is partnering with Paramount Pictures on a promotion that can only be described as pointless. The computer maker will give consumers the option of pre-loading a digital copy of the film Iron Man onto their new computers, according to The Hollywood Reporter. That’s all well and good — Iron Man is a fine movie — but exactly what either company hopes to gain is beyond me.

The stated goal is to make consumers more comfortable with digital film content. Dell apparently wants to do more of these deals, and perhaps even assemble a service to compete with Apple’s iTunes store, The Hollywood Reporter notes. That’s the best part: This is a first move in a broader strategy for Dell.

The computer maker hopes to convince even more studios to pre-load their movies on systems before sale. But will this little extra lure buyers? Sure, dumb ones. Why would you spend $20 (yes, you have to pay extra for it) to get a movie pre-loaded on a computer when you can get it for cheaper on DVD or through other Internet distribution portals? Through iTunes, for example, you can download Iron Man for $14.99.

Oh yeah, did I mention you have to buy a whole computer on top of it?

Undoubtedly, the digital version sold through Dell will be chock-full of digital rights management (DRM) protections. It can only be burned once to DVD, and will only be available in standard definition. The two-disc special edition Blu-ray (high definition) version is only $25 on Amazon.

It’s intriguing that this deal between Dell and Paramount may also involve Zing Systems, a company Dell bought last year founded by Tim Bucher — who used to work at Apple. Bucher filed a wrongful termination suit against Apple in 2005, Hollywood Reporter points out. You have to wonder if this is some weak attempt at payback.