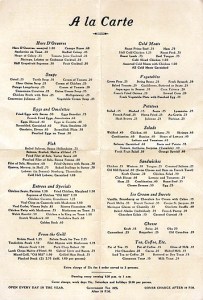 I recently ditched all but the most basic television package from my cable provider — and I would have ditched it all, but it was something like $5 for basic cable on top of my internet service. I simply don’t watch cable television anymore. But that’s not to say I don’t watch television shows anymore — I do, just through my Apple TV, Xbox 360 or on the web through services like Hulu. In moving away from cable television, I’m definitely in a small minority, but it’s one that will no doubt grow going forward. And it looks like the cable giants may be starting to realize that.

Two of the biggest cable companies, Comcast and Time Warner Cable are now in talks with the major television networks to hammer out a deal to put their content on the web, according to Reuters. While this may sound great in that it gives viewers more options, there are some major problems.

First of all, such a setup would still require a cable television subscription. With that, you could then potentially access content (presumably both some of the same that you would on television, as well as some other exclusive content) on the web, streaming on-demand.

Secondly, even though you’d still be paying for cable, you would be forced to sit through ads when watching the streaming video online, according to The Wall Street Journal’s sources. Hulu also has ads that it makes you sit through online, but there’s one major difference: You don’t pay a dime to access Hulu.

Here’s the main thing that I’m not sure the cable companies and networks understand. I don’t care about watching the content over the web through a browser — frankly, I don’t really even want to — I’d much prefer to watch it in my living room. The key is on-demand access to the content for the right price. And that last part is what fails to excite me about this new talk. If it still means paying somewhere north of $100 a month for dozens upon dozens of channels I’m never going to watch, I’m not going to do it.

I have no problem paying for service, but allow me to pay for just what I want. And at the very least, if you’re going to charge me ridiculous fees for content that I don’t want every month, then don’t make me sit through ads to stream the stuff I do want online.

Viacom, which owns stations like MTV, and Time Warner with stations like TNT, are thought to be interested in such a deal. And interestingly enough, so is NBC, which is a partner in Hulu. This is somewhat surprising because Hulu is a potential cable-killer if it ever moved into the living room through a set-top box. (Unfortunately, Hulu just pulled its content form the the popular media center startup Boxee, which could work in the living room via the Apple TV.)

While all the companies involved will undoubtedly try to convince viewers that they are ahead of the curve, it really just sounds to me like another revenue stream for them and a way to keep us hooked on the rip-off that is cable television.