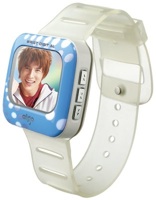 As part of its tenth anniversary, Google is asking experts to weigh in on where they think different aspects of tech will be in the next ten years. Chad Hurley, YouTube’s chief executive and cofounder, laid out his thoughts for the next decade of online video on the Google blog today.

While the overall thought that online video will be everywhere is hardly revolutionary, his assertion that “online video broadcasting will be the most ubiquitous and accessible form of communication” by 2018 is interesting. This of course means that Hurley thinks video will replace all forms of text-based communication including email, instant messaging and text messaging, as Valleywag notes.

It seems far-fetched, but depending on what happens with things like the open spectrum and the soon-to-freed television white space spectrum (which Google is pushing hard to get a piece of), we could soon enter a new world of high speed wireless communication.

If various telecommunication giants get their way, things may well be on lock down for the next decade with high prices and limited speeds. If that’s the case, there is no way Hurley’s dream comes true.

Ten years in the world of technology is a long time. It’s unreasonable to think we can really predict what the world will be like then because there will be things that emerge that we’re not even thinking about today. People get all worked up when I say something like text-messaging is going to die, but does anyone really believe that in 2018 we’re still going to be charged an insane rate to send a few bytes of data?

It’d be great if everyone can video chat in real time from anywhere in the world by 2018. It could happen, but it’s probably just as likely not to happen. Hurley’s post on the matter is pretty vague, he names only “personal media devices” as making this ubiquitous video possible. Here’s to hoping he means video wristwatches.