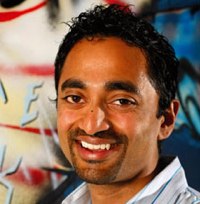 Facebook executive Chamath Palihapitiya is leaving to start a new venture fund called The Social+Capital partnership, according to TechCrunch.

Palihapitiya is still raising the fund, which could total as much as $400 million. Facebook and Palihapitiya himself will both invest. The fund will back companies in a broad spectrum of industries, especially if they use the Facebook platform in some way.

This isn’t the first time a prominent Facebook employee has gone into venture capital — vice president of product management Matt Cohler, who was reportedly a close advisor to chief executive Mark Zuckerberg during the company’s early years, left for Benchmark Capital in 2008. But Palihapitiya actually came from the venture world, specifically the Mayfield Fund, before he joined Facebook.

Palihapitiya is currently the vice president of user growth, mobile and international, and he previously led the launch of Facebook’s platform for third-party apps. In an interview with VentureBeat’s Matt Marshall, he credited Zuckerberg with turning him from a “B player” to an A player.

In a goodbye note on Facebook, Palihapitiya summarizes remarks that he has made to new Facebook employees every week, which include some thoughts on how the company can avoid becoming too complacent as it grows:

we risk becoming like everyone else. the only chance we have is the discipline and resolve of the silent majority who needs to and MUST become more vocal as the company gets bigger. fight for the culture the way it should be…not the way it was or the way its becoming.