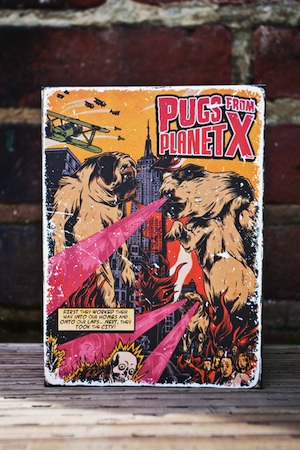 I haven’t purchased a traditional greeting card in a long time because they’re usually boring and ugly. But a site launching today called Chirply is using a crowdsourced model to create cards that are beautiful and cool.

The San Francisco startup’s plans sound pretty similar to Threadless, a site where artists submit T-shirt designs, then users rate the designs, and the most popular ones are turned into shirts. On Chirply, artists submit designs for cards, then users vote of their favorites, and Chirply prints and sells the top-ranked cards.

The site already held its “soft launch” a few weeks ago, where it went live with little fanfare or publicity. Since then, it has received 200,000 pageviews and an average of 30 votes per user. And artists submitted more than 100 designs, leading to the 12 cards that Chirply is selling starting today. (Co-founder and chief executive Gagan Palrecha said he hopes to print 10 to 20 new designs each month.) Chirply’s artist- and Web-centric model seems to favor designs that are good-looking and often quirky and funny — at least, judging from the cards that Palrecha showed me earlier this week.

And it sounds like the team has spent a lot of time thinking and talking to artists about how to make the site work for them. For one thing, artists aren’t handing over their copyrights. If their work is selected for a card, then Chirply will ask for exclusive rights to create printed objects based on the design, but artists still own the copyright, and they can do other things with it, like selling T-shirts. Artists receive a $300 upfront fee and also a royalty on sales.

Palrecha said he wants to keep artists engaged with the community even if their work doesn’t win, for example by offering them discounts for submitting or featuring their work on the Chirply blog.

The company is starting out with cards but plans to expand into notebooks and gift-wrapping. It’s also exploring other sales options, like physical stores.