Cisco said the move gives it a leadership position in the “video capture” market. 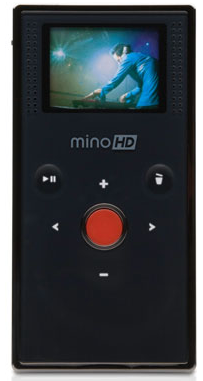 Flip video devices enjoy a 20 percent market share in the U.S. after launching the Flip series only 18 months ago, Cisco’s VP of Corporate Business Development Charles Carmel told me in a phone call this morning right after the announcement. He said the company’s sales are growing at a 100 percent a year.

Rumor of the acquisition arose earlier this month on a report at TechCrunch.

Cisco has started investing heavily in video and considers it one of the potentially lucrative areas in a wider opportunity of serving the “media enabled home.” Cisco has long served corporations with hardware like routers, but it in recent years it has sought to tap into the consumer market. The two efforts are synergistic, the company believes, because the more consumers capture and upload video, the more likely they’ll send the video over the Internet backbone, where Cisco can also profit.

Cisco in January launched two other products targeted at this transition to the media-enabled home, including a 1TB media hub that lets you put media content on any device connected to the network and access it from any browser. This includes compatibility with things like the Flip. It also announced a wireless home audio system that lets you access your digital music over a standard WiFi network.

Initially, Pure Digital’s camcorders were considered low end, because they were so simple and their footage grainy. But they’ve steadily improved and eaten up increasing market share. Another attraction is their built-in software for easy saving, organizing and sharing. You can load your video with a single click to YouTube and MySpace, and sync it easily with your computer.

Pure Digital employees will become part of Cisco’s Consumer Business Group, which includes Cisco’s Linksys routers and audio and media-storage products. Pure Digital CEO Jonathan Kaplan will become general manager of the combined organization, reporting to Ned Hooper, senior vice president of Cisco’s Corporate Development and Consumer Groups. Hooper has been pushing Cisco’s consumer and wider Web 2.0 strategy aggressively for the past three years, leading a string of acquisitions that include Five Across and Scientific-America.

The acquisition is expected to close in the fourth quarter of Cisco’s fiscal year 2009.

Pure Digital, which is profitable, has been making digital camera devices since 2002. The company raised at least $80 million across five rounds of fund raising from investors including Benchmark Capital, Sequoia Capital and Crescendo Ventures. Crescendo, a firm that has struggled to survive after a dearth of successes over the past decade, had originally pinned its hopes on an IPO for Pure Digital. It’s not clear whether this exit is enough for it to raise more money from its investors. Other investors in Pure Digital were AllianceBernstein, Morgan Stanley Principal Investments (MSPI), Heights Capital Management, Focus Ventures, Steamboat Ventures, VantagePoint Venture Partners and Samsung.

Kaplan said the company will be profitable this quarter, and he expects revenue to be just under $100 million next year.