Dating app Coffee Meets Bagel today launched a premium membership for $35 per month. The option is rolling out to Android users today and to iOS users “in the next few weeks.”

Coffee Meets Bagel has offered in-app purchases from the very start (coffee beans are the in-app currency to unlock various features), but “the introduction of premium membership is our first step toward a freemium subscription model,” Coffee Meets Bagel cofounder Dawoon Kang told VentureBeat. The desire to monetize a dating app isn’t exactly daring, but the service is trying to set itself apart by offering users behind-the-scenes data “so we can put an end to ghosting.”

That’s a very bold claim to make, given that online dating is plagued with singles responding selectively (or not at all). Unless the app has read receipts or shows when the user was last active, there is no way of knowing if you’re being actively ignored or if your message was even read. Coffee Meets Bagel wants to empower users so they can “tell apart ghosters and flakes from those who actually engage in real conversations.” 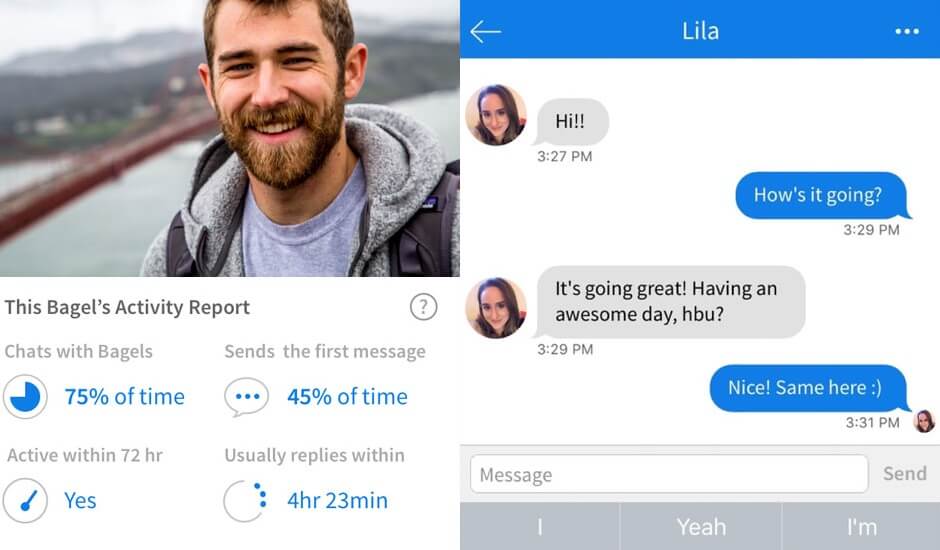 There is a very fine line between giving users data to make informed decisions (I’m not going to pay beans to “take” the below bagel because that’s basically a dead account) and telling them so much that they get frustrated and lash out (“you read my message and still haven’t answered… why?”). The former is awesome: I was thrilled to discover that the data is available for everyone you check out in the app, not just those you have connected with.

The latter, meanwhile, can quickly spiral out of control if multiple matches seem to be ignoring you, as other dating services have discovered. Because Activity Reports and Read Receipts are limited to paying members, however, Coffee Meets Bagel may get away with only minimal issues. The other danger for the company is in the feature exposing that many of the app’s users are largely inactive — I was shocked that more than half of the bagels I looked at hadn’t been active in the last 72 hours and had a 0 percent response rate (Update: The 0 percent response rate was actually a bug and has now been fixed). On to the next!

The premium membership is certainly a nice addition, but it’s expensive. The beans make the subscription more worthwhile, and I’m not surprised they were included. The company can charge more and expect paying users to contribute more, resulting in more connections and chats in the overall ecosystem. Unsurprisingly, Coffee Meets Bagel doesn’t think its subscription is overpriced.

“Our most engaged users who are serious about finding someone already pay more than $35 a month on CMB,” Kang told VentureBeat. “They do it because making a meaningful connection is important to them. Is $35 really so much if you can find someone special?”

Still, in a world where Tinder Plus and Bumble Boost cost $10 per month each, you must really believe in Coffee Meets Bagel to pay more than triple that for a subscription.