Dating app Coffee Meets Bagel today announced two web apps, Mixtape and DateSpots, both aimed at helping singles improve their first date experiences. The startup is billing the move as an expansion — instead of simply helping people discover others online, Coffee Meets Bagel wants to also drive offline interactions. And the startup isn’t stopping at just two web apps: More services to enhance the actual meetup are in the works.

Most online and mobile dating services don’t offer anything beyond the initial connection and chat. Once the match is made, the singles are left to take care of the details. “As Coffee Meet Bagel’s focus has always been to bring more meaningful relationships [about], the natural step for us to expand into was what happens after two people connect,” a Coffee Meets Bagel spokesperson told VentureBeat. 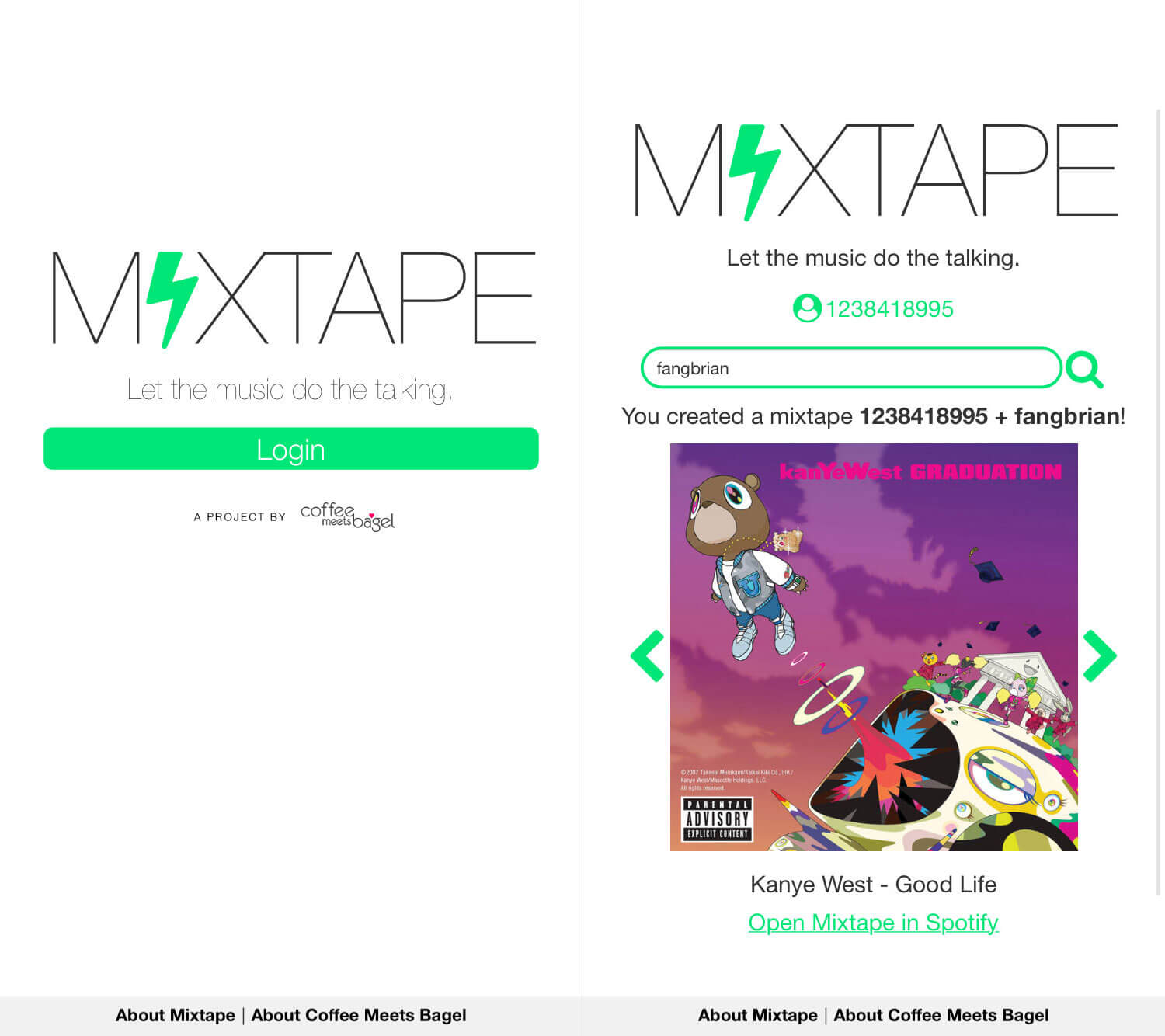 Mixtape creates a Spotify playlist of songs that you and your date both listen to, with the hope of getting the conversation started on your first date. The site uses Spotify’s API to query users’ public playlists and top songs. The idea for Mixtape came from one of Coffee Meets Bagel’s engineers, who built the tool and used it to break the ice and find common ground on his own first dates. 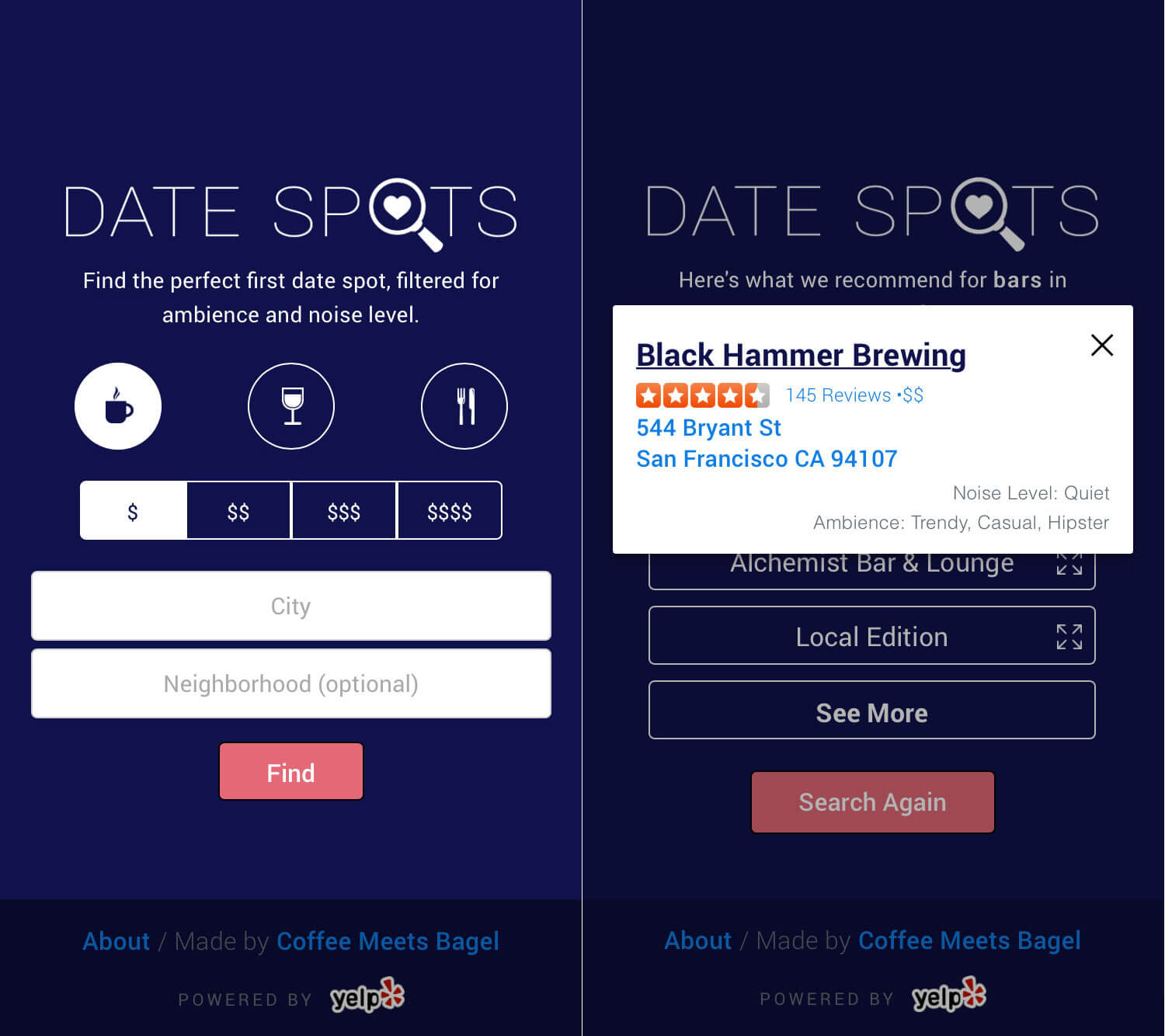 DateSpots.co helps you find a great place for your first date and ensure that it’s one both people will enjoy. The site uses Yelp’s Fusion API to let you both specify your first date spot preferences (type of venue, price, and location) and then returns the best matches (only venues that are rated 4 stars or above and have classy/intimate/romantic/trendy ambiance and quiet or average noise level).

Timing for today’s announcement is meant to line up with the New Year. “Online dating is like fitness category,” a Coffee Meets Bagel spokesperson said. “With the New Year right around the corner, all singles right now are thinking about how to find new beginning, new relationship in 2017. I call it cuffing season in full effect. In 2016 January, we saw a whopping 62 percent increase in number of matches on Coffee Meets Bagel vs. December 2015. Beginning of January is particularly high in engagement. Last year we saw the highest engagement on January 6th, 2016.”

The startup is playing it safe by not integrating the two web apps into its main app. That’s a possibility for the future, as users would “ideally want to access each other’s profile, chat history, and these tools in the same place,” a Coffee Meets Bagel spokesperson told us, adding that there’s no set date for such an integration.

Pushing further down the dating funnel is a bold move for Coffee Meets Bagel to make. Still, it’s smart to keep the apps separate, as the main app still needs plenty of work.