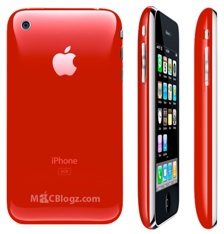 Remember that “future product transition” that Apple chief financial officer Peter Oppenheimer talked about during Apple’s earnings call last month? It was mentioned several times as one reason for Apple’s less-than-stellar guidance for the fourth quarter. Yeah, that could be delayed.

A new Apple “sub-notebook” originally intended for launch this year, has been pushed back to the beginning of 2009, according to industry checks done by UBS financial analyst Maynard Um. It’s not entirely clear if that means the rumored Mac Tablet (or MacBook Touch) that Apple is believed to be working on, or if it’s a different product that is meant to be new to Apple’s notebook line — perhaps part of the MacBook Air family.

Of course, these analyst outlooks should always be taken with a grain of salt and perhaps UBS’ even more so for now as it is relatively new to the Apple guessing game.

The firm’s outlook does however also back up previous reports that new MacBooks and iPods will be coming this fall (which is obvious given Apple’s product transition cycle and love of updating its products). More interesting is the talk of Apple updating its iPhone line to include new colors in time for the holidays.

Rumors of a Product Red iPhone have been around for weeks. A portion of all money made from Product Red products goes to help fight AIDS in Africa. Apple already has three Product Red offerings (including its gift cards). Of course, there was also a lot of talk about a red iPhone last year and nothing ever came of that.

Colors with an “s” seems to indicate that more than just a red iPhone could be on the way. Perhaps Apple is prepping ones in its iPod Nano color scheme, or working up a new color scheme as the Nano colors are so last year.

The report featured no talk of the supposed “iPhone Nano,” which most commentators (including this one) wrote off as a bad rumor last week.