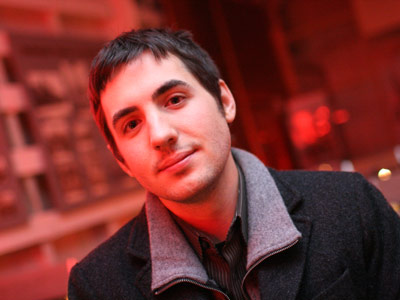 “I’m beyond excited to announce that the Milk crew (Kevin Rose, Daniel Burka, Chris Hutchins, Joshua Lane) is joining Google!,” Rose wrote in a status update on Google+.  “It’s been a privilege to use Google products over the years (I still remember begging for a Gmail invite) and I can’t wait to be a part of the amazing team that is shaping the future of the web.”

Rose is well known in the tech community, both for his previous role as co-host of Screen Savers on the now defunct TechTV cable channel and as the co-founder of community news sharing site Digg. More recently Rose had moved on to found startup incubator Milk, which received a $1.5 million investment from Google Ventures. Milk’s sole product Oink was shut down Tuesday, presumably to pave the way for the Milk team’s arrival at Google.

“Kevin Rose has an incredible track record of executing on big ideas, and we’re looking forward to working with him and his team from Milk on our social efforts across Google,” a Google spokesperson told VentureBeat.

While few details have been released about exactly what Rose’s role will be at the company, many predict that he and the other talented Milk staffers will help inject some life into Google+.