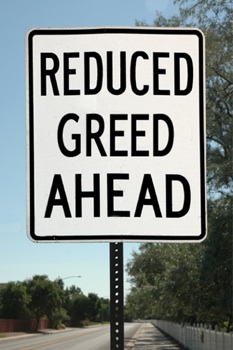 There’s some talk today that if the National Music Publishers’ Association manages to increase the royalty rates for music bought from online music stores, Apple iTunes could shut its doors. That won’t happen. But it could force iTunes to change its business model.

The Copyright Royalty Board is meeting Thursday in Washington to set a new price for royalties. While the National Music Publishers’ Association wants the rate raised from its current 9 cents a track to 15 cents (a 66 percent increase), the Digital Media Association, which backs Apple and other online music publishers, wants the rate decreased to 4.8 cents a track. The increase is much more likely than the decrease, according Fortune.

“If the [iTunes music store] was forced to absorb any increase in the … royalty rate, the result would be to significantly increase the likelihood of the store operating at a financial loss — which is no alternative at all. Apple has repeatedly made it clear that it is in this business to make money, and most likely would not continue to operate [the iTunes music store] if it were no longer possible to do so profitably.”

While Apple doesn’t make much off of song sales through iTunes — it gives 70 cents of every dollar it makes to the record companies (who in turn give the 9 cents to the music publishers) — the online music store is the driving force behind sales of the iPod, and now to some extent the iPhone. Apple makes much more money off the sales of those units. To think that Apple would cut off the pipeline is ridiculous, even if it had to up its current 99 cents-a-song rates on iTunes (which it doesn’t think the market is ready for).

But it could force Apple to look into alternative ways to move music to its iPod and iPhone buyers. This could include the ever-hot rumor that Apple could do a subscription-based service. Subscription services operate under different rules than straight-up music purchasing stores, but it would be more complicated than a service like Imeem, MySpace Music or Pandora (all of which stream music over the Internet in varying ways) because Apple would undoubtedly need to make it so tracks could be transferred to iPods and iPhones.

The recent line of thinking for an iTunes subscription service, or “iTunes Unlimited” as it has been dubbed, is that Apple would charge a premium on every iPod sold to grant people access to any song in the iTunes store that they wanted to listen to (or at least the ones that agreed to be included in the Unlimited service). I’m still not sure Apple would want to do this, but such a high royalty rate increase could force them to.

This is a different issue than the one that recently threatened online music discovery service Pandora. Pandora’s situation involved Internet radio royalty rates, which certain groups want to be at a level that hinders Pandora’s advertising-based revenue model. Luckily, Pandora scored a win this weekend when the House passed a bill giving Pandora and other Internet radio stations more time to negotiate royalty rates.

It would seem that all forms on online music are being attacked.

Apple is the dominating force in online digital music right now. It has sold over five billion tracks and is the number one retailer for music in the United States (that includes both digital stores and brick and mortar stores). It’s so powerful that the music industry has been taking steps to try and break its stronghold. This includes not giving as many digital rights management (DRM)-free tracks to Apple as they give to competitors like Amazon’s MP3 store.

But with this royalty rate hike, Apple may have a worse foe than the music labels. David Israelite, president of the National Music Publishers Association, told Fortune that he is against Apple teaming up with any of the record labels to do away with the royalty increase. “Apple may want to sell songs cheaply to sell iPods. We don’t make a penny on the sale of an iPod,” Israelite said.

Ah, greed. It continues to suffocate the music industry.