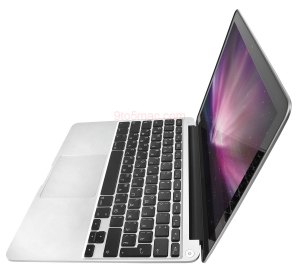 Despite Apple’s insistence that it isn’t ready to enter the market anytime soon, the public (or at least the press) remains obsessed with the possibility of an Mac netbook. This obsession apparently exists in Russia too, where a magazine has published a picture purported to be of a new Apple “MacBook mini” product, which 9to5Mac has obtained.

The image looks like a cross between a MacBook and a MacBook Air. And while such a picture can obviously be Photoshopped, it stands to reason that at the very least, Apple’s next version of the MacBook Air will look something like this. The current MacBook Air has a different design from the rest of the MacBoook family now after Apple switched that line over to the newer “unibody” design, with the button-less trackpad, etc. The MacBook Air has yet to make that transformation.

But a netbook is generally thought to be different from a MacBook Air, which is more of an ultra-portable laptop. A netbook is smaller and cheaper than traditional laptops. According to the specs published by the Russian publication, this MacBook mini is certainly smaller. It has a 10.4 inch screen, which means that it would be significantly smaller than the current MacBook Air, which has a 13.3 inch screen. (10 inches has been mentioned other places recently as a new screen size for an Apple device.)

Such a device would also undoubtedly be significantly lighter than the MacBook Air’s three pound weight. Other specs include an Intel Atom processor, 2GB of RAM, NVIDIA GeForce 9400M graphics, a 64GB solid state hard drive, 1 USB and 1 mini display port. The real difference there is the Intel Atom chip. The MacBook Air currently has a modified Intel Core 2 Duo chip. Would Apple really be okay with switching to an Atom chip?

While all these specs are in line with what current netbooks offer, the key part of the equation these days is the price. Most popular netbook sell for under $500 — is there anyway Apple would ever make a sub-$500 computer? With the specs above, it seems pretty unlikely. I would guess that if it made such a machine it would be a MacBook Air replacement, and would be closer to that price point, currently $1,799 — and that’s with a regular hard drive and not the solid state option, which is more expensive.

Even if Apple could drop the price closer to $1,000, a lot of people would have a hard time categorizing such a product as a netbook. But Apple is probably just fine with that, just as long as the profit margins are good.

While this picture is probably a fake, such a device is certainly plausible as the next MacBook Air. The real question is, would you pay over $1,000 for what would essentially be an Apple netbook? I’m sure a lot of people, that answer is yes. 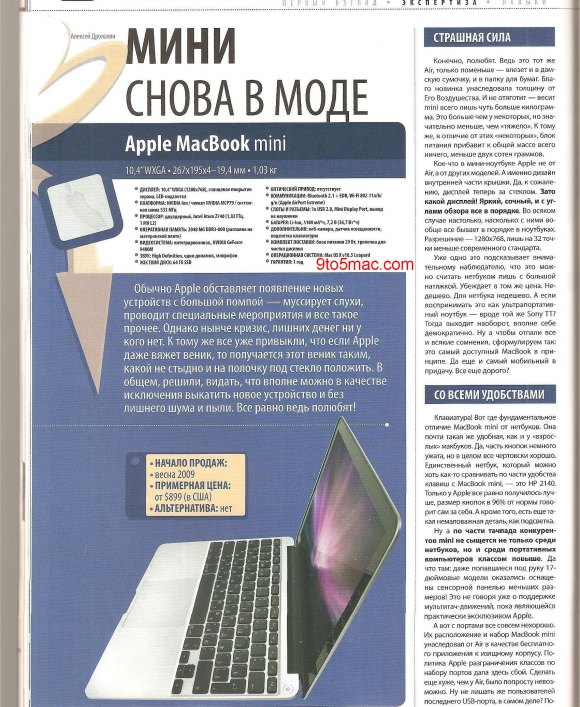