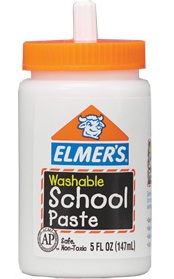 With 3G and GPS successfully checked off the list of complaints users have about the iPhone, one of the next biggest ones is the lack of copy and paste functionality on the device. Trivial? Maybe. But it is pretty annoying, especially when you want to do something as rudimentary as copy a web address. Well good news, it’s likely coming — at some point.

It’s always been clear that Apple could add this functionality with a software update. After all, the device has a multi-touch screen — it’s not like the technology isn’t there. However, such functionality has never been very high on Apple’s to-do list, Apple product head Greg Joswiak told AppScout.

In saying that, that of course implies that it is on there at least. And so as Lloyd says to Mary in Dumb and Dumber, “so you’re telling me there’s a chance.”

Let’s hope copy and paste is high on that list now that the iPhone 3G and App Store are out the door. But something tells me that bug fixes will be priority for a while.

Joswiak also noted that turn-by-turn GPS directions on the phone weren’t impossible as New York Times columnist David Pogue wrote in his initial iPhone 3G review. Instead, he says that there are some “complicated issues” involved in getting it to work. Considering that it works fine on plenty of other phones out there, one has to wonder what exactly those issues are. Perhaps its that Apple is working on its own app and doesn’t want anyone to pre-empt it.