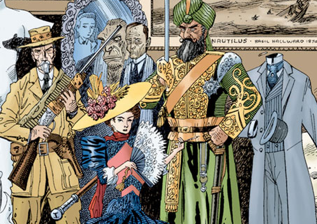 The Digital Entertainment Content Ecosystem (DECE), a consortium attempting to set new standards for the transfer and storage of copyrighted digital content, announced that six new members signed on today at the CES conference in Las Vegas. Deluxe, Panasonic, Samsung, MOD Systems, Sonic Solutions/CinemaNow and Widevine Technologies join a roster that already included many of the prominent names in digital content. One name still missing, however, is Apple.

That’s important because, let’s be clear, what DECE really is creating is a new form of digital rights management (DRM). But because it has so many prominent members, including both content producers and hardware makers that play the content, if a company like Apple — which is the largest music seller in the U.S. (digital or otherwise) and has a growing digital movie and television store — isn’t on board, it could be bad for everyone. Most of all, consumers.

Of course, Apple just made a big splash at the Macworld Expo this week by announcing that its iTunes music store was going completely DRM-free by the end of the first quarter of the year, but movies and television still are laced with iTunes DRM. Because of that, they will only play on Apple devices. And without Apple’s participation in DECE, you can be sure that its devices will not play content made by the consortium.

So what this is setting up to be is a war between DECE and Apple to see who can lock in the customers to its DRM. Who is Apple really up against? Oh, just a few companies you may have heard of:

So, yeah, unless Apple joins, we could be looking at a battle along the lines of the Blu-ray versus HD DVD one that played out in 2007 and slowed the ability of either format to gain traction with consumers.