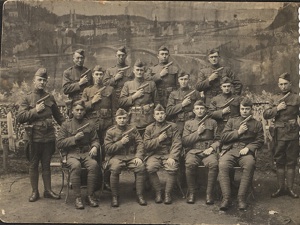 Digital rights management (DRM), for better or worse, is still the cornerstone of digital content. But the name has such a negative connotation now that major players in the entertainment and electronics industry appear to be trying to change it.

According to Reuters, some of the Hollywood studios are working on a consortium with various retailers, service providers, and consumer electronics/information technology companies that’s set to be unveiled at the Consumer Electronics Show (CES) in January in Las Vegas. It will be called the Digital Entertainment Content Ecosystem (DECE), and the goal is apparently to create an environment that will allow consumers to easily store and access their digital content from various places.

Specifically, it sounds like DECE will offer a new set of standards for the transfer and storage of copyrighted digital content. This could make it easy to, say, move a digital copy of a movie you own from your computer to a box connected to your television. Or from your television to a portable device.

If that sounds familiar, it’s because Apple already offers such an ecosystem between its devices like Mac computers, the Apple TV, iPods and the iPhone. The problem is that Apple’s system is for the most part closed — and Apple largely sets the rules. It sounds like DECE wants to offer a viable alternative.

In fact, DECE’s aim is to turn Apple’s system on its head, DECE president Mitch Singer told Reuters. But at the same time he says he’s open to having Apple join it. I wouldn’t expect that to happen. 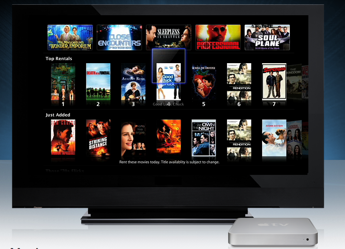 Apple has it’s own DRM, and to join such a consortium it would likely have to rework most of its devices as well as its iTunes software. Instead, look for a stand-off of two rival ecosystems.

That is, of course, assuming DECE is a meaningful alternative to Apple’s system. If it’s just a slightly more open system that lacks Apple’s ease of use, it will fail. Unless the consortium members decide to pull their content out of Apple’s system in order to boost DECE.

But with the iPod owning the personal electronic device market and the iPhone quickly rising up the mobile phone ranks, would those companies really risk alienating customers to avoid Apple? It’s possible, but unlikely. Just look at NBC. It pulled its content from iTunes upset with the deal it was getting from Apple, but now it’s right back on iTunes with what may only be a marginally better deal. And that’s after NBC launched its own successful online video alternative, Hulu.