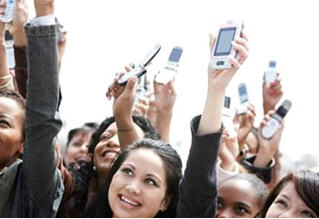 We’re living in a media democracy, where no single form of media dominates the attention of Americans. It’s also an age where everyone contributes to the media, not just traditional media companies. That’s a conclusion of the third annual Deloitte survey on the state of media, which asked respondents how they spent time with media.

“A lot of media will coexist,” said Ed Moran, director of product innovation at Deloitte Services. “We won’t see a massive extinction.”

The millennial generation — ages 14 to 25 — is leading this charge now as it accesses content on all sorts of new devices and distribution platforms using a variety of pricing schemes and advertising models. The millennials consume the most media and are more likely to get entertainment from multiple media sources and applications. That’s in contrast to a few decades ago, when media was more expensive and so was consumed most often by older generations with more disposable income, said Moran. 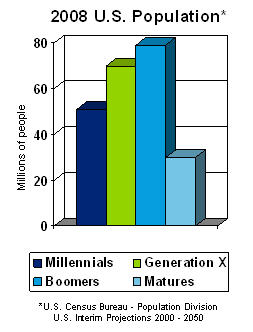 Some of this comes as no surprise, as younger people tend to be early adopters. The millennials embrace gaming, music, the Internet, and user-generated content. They’re less likely to read newspapers, watch TV, read formal news sites, or visit traditional shopping and product review sites. Their preferred way of absorbing content is watching video on the web and handheld devices or listening to music on mobile phones and MP3 music players.

The surprising thing about millennials is that they do read magazines, as do most of the other generations surveyed. Even when given the choice between a magazine’s web site and the paper magazine, respondents preferred the paper versions.

The older Generation X group, ages 26 to 42, shares a lot of habits with the millennials. They love Tivos, with 56 percent of them using digital video recorders to speed through content and screen out commercials. They’re tied to their computers, strong consumers of media, and are influenced more by Internet advertising than they are by print. They read newspapers online but prefer print. They enjoy gaming, which was once frowned upon by parents but is now considered a family activity.

The iPhone has had a big impact on how users communicate, get their news, and entertain themselves. Many young people are using it as a replacement for a laptop, said Moran.

The social messaging service Twitter has also become an extremely important form of communication, Moran said. Twitter, which wasn’t even on the radar in last year’s survey, is a prime example of how Millennial consumers can popularize a brand new technology, in contrast to past years when enterprises were the first to adopt things.

“Something like Twitter is anathema to corporations that worry about security and the lack of control over the technology,” Moran said. “It’s a perfect example of how power has shifted to users.”

Baby Boomers, ages 43 to 61, and the mature generation, ages 62 to 75, continue to read books, magazines, and newspapers. They lag in adopting new technology. The mature generation puts the most importance on television, favors land lines, and is receptive to print ads.

The surveyors from the Harrison Group talked to more than 2,000 respondents across four generations of Americans from ages 14 to 75. They interviewed respondents from Sept. 17 to Oct. 20, a period that included the tumultuous collapse of the economy.

Moran said that 66 percent of people still prefer physical movie discs over downloads. But only 20 percent of consumers are planning to buy a Blu-ray device in the next 12 months. Cost is a big reason. Meanwhile, consumers are more willing to pay for content one movie at a time via downloads.

The willingness to pay for a subscription for ad-free content has declined since last year. More consumers want their content for free. Consumers now spend 12 hours a week using the Internet for just personal and social reasons.