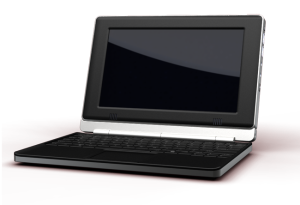 I haven’t gotten a chance to try a Touch Book yet, but I want to. Who wouldn’t? The netbook produced by Always Innovating, making its debut at the DEMO conference today, claims to offer 10 to 15 hours of battery life, weighs under 2 pounds and, perhaps most importantly, starts at $299.

That’s cheaper than an Amazon Kindle. And this thing can do a whole lot more.

For $299 you get a tablet computer, a device with a touchscreen not unlike a large iPhone. And for $399 you can get a Touch Book that operates as a full netbook as well. Its screen can rotate, and can be twisted to face opposite its keyboard for a full laptop experience.

The other specs sound impressive as well:

The internal USB connectors sound a bit odd, but Always Innovating claims the new design prevents you from accidentally disconnecting them as you might on current laptops and netbooks. It explains this feature and more on its FAQ page.

On paper this all sounds great, but the true test will come when it is shown live in action at DEMO. The biggest question mark has to be the Touch Book OS. Rather than run Windows XP or some variety of Linux as many current netbooks do, Always Innovating decided to develop its own operating system. It claims to use a fully 3D interface, one that makes it possible to use your finger instead of a stylus to navigate its touchscreen. There’s no word yet on whether it includes multi-touch technology, but since it’s not noted anywhere, I’m going to go ahead and assume that it’s not. 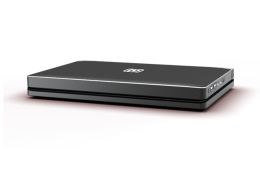 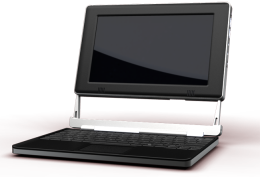 Perhaps even more interesting, however, is a note on the FAQ page:

The Touch Book has been designed with the help of a vibrant open source community which believes in diversity. This enables it to install many OSes on the device, including Google Android, Ubuntu, Angstrom and Windows CE, though we would not recommend the latter. You are free to do whatever you want.

That should excite a lot of people.

Some other key points about the device include Always Innovating’s assertion that Intel’s Atom processor is too power-hungry, so it went with an ARM processor made by Texas Instruments. The company claims that this will not only allow for 10 to 15 hours of battery life, but also means it can literally always be on. Like a cell phone, the Touch book is not meant to be switched off every time you finish using it.

Also of note is that the Touch Book will use Mozilla’s upcoming mobile web browser, Fennec.

The device itself has a basic black look, and appears to be pretty solid. It will be available only in the U.S. at first and should be ready to ship by “May or June 2009.” 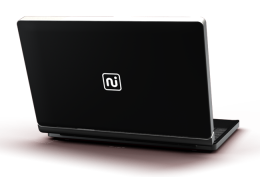 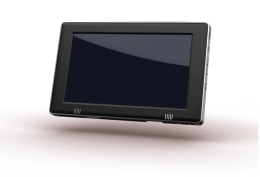