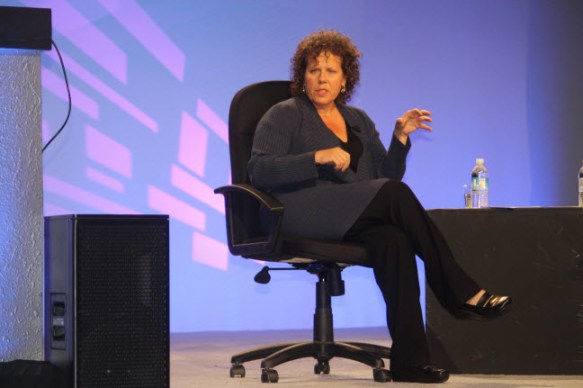 Lisa Gansky is one of the web’s serial entrepreneurs who has anticipated trends ahead of others. She foresaw photo sharing’s growth as the chief executive of Ofoto, which raised more than $60 million in funding a decade ago and then was bought by Kodak. By the time she left Kodak in 2005, Kodak had more than 45 million photo-sharing users. 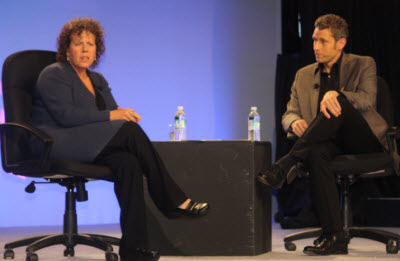 Now her new tech theme is The Mesh, which she describes as a future where we will all be tied together in a web of sharing. She talked about the lessons of a couple of years of research — which resulted in her just published book The Mesh — with VentureBeat CEO Matt Marshall at the DEMO Fall 2010 conference today. According to Gansky, “Mesh companies create, share and use social media, wireless networks, and data crunched from every available source to provide people with goods and services at the exact moment they need them, without the burden and expense of owning them outright.”

In the new downsized economy, taking advantage of the Mesh is more important than ever. Companies can spread the word about their products and services without having to spend a ton of money — or raise anywhere near the amount of money that Gansky did for Ofoto.

“In the book, I reflected on the sharing economy, where we are moving to an economy and lifestyle where access trumps ownership,” she said.

Tons of companies are moving down this road. Gansky started The Mesh Directory a month ago with companies listed in 30 categories. With user contributions, that list has now doubled in size. The companies include peer-to-peer lending companies and movie-sharing features on services such as Netflix.

Gansky n0ted how high-end restaurants have had a hard time during the recession, even as they try to proselytize the message of the goodness of organic foods. But there are cheaper ways to get the good food made from organic groceries through pop-up grocery stores. A group of people can set up temporary grocery store at a given location and then share the knowledge weeks ahead of time with fans of organic foods. Those temporary stores might never make it as permanent stores or restaurants, but they can be extremely popular for just a weekend. That trend takes advantage of the sharing culture of The Mesh.

“With tools like Twitter and Groupon, we are at just the very beginning of that,” Gansky said.

Future tools should make it easier for users to stage their own shared experiences or gatherings in areas of interest that are more and more granular. And you should be able to execute these experiences over and over again quickly. Faster iteration on services and products is part of the Mesh culture. The services and devices you use will need to know where you are and what’s around you.

“We are at the beginning of a whole new era, not just for Silicon Valley but the world,” she said.