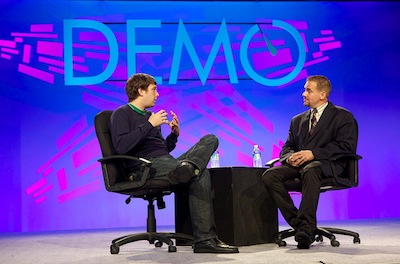 Among startups, there’s a tendency to emphasize product technology, rather than fuzzier skills and qualities that don’t “scale”. But chief executive Andrew Mason said today that the success of his popular social buying site Groupon had less to do with brilliant tech and more with good writing, and with unfashionable technology like email.

Groupon employs a staff of 70 writers to create the text of all its group deals, Mason said. It might be easier to ask the businesses offering the deals to write the content, or perhaps to find some way to automatically generate the text, but Mason said that having well-written, engaging content is a key part of convincing users to keep reading about new shops that they might never have heard of.

The fact that the deals are delivered by email was particularly important in Groupon’s early days, he added. One of the challenges at ThePoint.com, the site that eventually evolved in Groupon, was convincing users to come back regularly. By offering an email newsletter, Groupon had “a lot of latitude to screw up,” in that the company only had to have enough good deals to keep users from unsubscribing. It didn’t need to attract users to the site with a super-compelling deal every single day.

VentureBeat Executive Editor Owen Thomas, who interviewed Mason on-stage this morning at the DEMO Fall 2010 conference co-produced by VentureBeat, noted that this human- and email-centric approach would be unfashionable in Silicon Valley. Owen asked if Groupon took a less tech-centric approach because it’s based in Chicago.

“We just didn’t know enough to know that you could do something like that,” Mason said.

Groupon’s approach was shaped by its constraints, he added — for example it only featured one deal a day because it didn’t have the resources to support more. But those constraints forced the company to get more creative in designing its business model.

And now there are many more businesses trying to join Groupon than it can handle. Owen noted that the company takes a big cut of the revenue (up to 50 percent) earned from these deals. But since Groupon has a waiting list of 35,000 businesses, Mason said, “If we were economically rational, we would take even more.”

The company recently launched a feature for delivering personalized deals, rather than just offering the same deal to everyone in an area. That means Groupon can offer more deals from more businesses. As the company develops this feature, it’s going to “really change the way people think about our business experience,” Mason said. In fact, he added, in six months Groupon will be so far ahead that it will make the old version of the site look like MS DOS compared to Windows.

For more of Mason’s perspective, read our interview with him from back in May. You can also watch our video of the session.