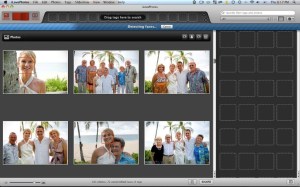 Of the billions of photos that get snapped this year, the odds are good that about 11 percent will be uploaded or shared online, according to market researcher International Data Corp. iLovePhotos wants to raise that percentage.

The software for the Mac puts the process of organizing and sharing photos on autopilot. And it uses some interesting technologies to do that. One of them is face detection. The software can take a face in a picture and then automatically create a folder with pictures that have the same face.

Image recognition is getting popular. Google’s Picasa, unveiled new features last week, which include facial recognition (however, this feature remains weak, according to some reviews) and more powerful photo editing and managing tools, but Google’s service remains Windows-only. 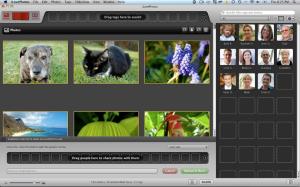 With iLovePhotos, you can visually tag the faces with names. The software will pull the contact information out of your address book. You can then quickly set up a sharing feed with the person via the contact email address. The email has links to iLovePhotos.com, where the photos are uploaded. The software can also automatically set up slide shows based on events or people. The software will select pictures for the slide show where the same people are gathered together or are otherwise tagged in the same way. You can watch the slide shows on an iPod, iPhone or AppleTV. 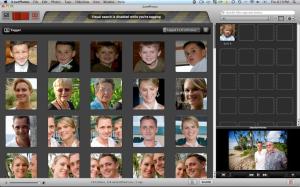 The iLovePhotos software comes from Blue Lava Technologies, the Honolulu, Ha.-based company started by Lorenz Sell and Henk Rogers. The latter also invested $3.2 million in the company, alongside Kolahala Ventures. Rogers is a familiar name to some because he’s the man who discovered Alexy Pajitnov and brought his game, “Tetris,” to the West in the 1980s. The Tetris fortune is what enables Rogers to invest in new companies such as Blue Lava.

The software is magical in the way it works. But one of the problems is that iPhoto is already a pretty cool application for Mac photo lovers. And iLovePhotos suffers from the same problem that a lot of start-ups have. Its software is more like a cool feature, not a product in itself. But the company believes that iLovePhotos can complement iPhoto or act as a stand-alone photo manager.

Click here for all of our DEMO/TechCrunch 50 Conference coverage, including special posts that aren’t on the main VentureBeat page.
http://services.brightcove.com/services/viewer/federated_f8/980795693