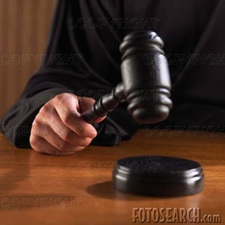 The brand loyalty that Apple enjoys is not the same as lack of competition, a California judge decided in throwing out Mac-clone maker Psystar’s countersuit against Apple. Apple originally sued Psystar in July for making computers that ran its OS X operating system without permission. Psystar came back a month later with a countersuit saying that Apple was engaging in antitrust practices by limiting its operating system to its computers.

In some sense, it looks like Apple’s lawyers won a legal jargon battle. The definition of a “market” was central to Psystar’s argument and the judge felt that was more of a factual argument rather than a legal one, as AppleInsider notes.

But the key quote from the judge has to be:

“Apple asks its customers to purchase Mac OS knowing that it is to be used only with Apple computers. It is certainly entitled to do so.”

Such a firm ruling sounds like it’s going to be difficult for Psystar to overcome. That is unless OS X one day gets 90 percent plus market share like a certain other operating system made by Microsoft.