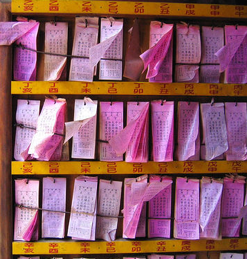 Rumors circulated late last year that Google was planning to make significant cuts to its temporary workers to cut costs. That definitely did happen, but details remain murky, even after a new regulatory filing showed up this week. Interestingly, Google seems to be going to some lengths to keep some of this information under wraps.

The filing in question was sent by Google to the Securities and Exchange Commission in December, and has been obtained by The Associated Press. In it are details such as the fact that Google currently has 24,400 employees, including 4,300 interns, temporary workers and contractors. That last part is key because the stated number of temporary workers was closer to 10,000 when Google co-founder Sergey Brin did an interview with The San Jose Mercury News back in October of last year.

But while you might think that means that Google laid-off nearly 6,000 of those workers, the 4,300 is just a subset of the 10,000, a Google spokeswoman told the AP today.

So what else is in the document about the layoffs? It’s hard to know because a key section is being kept confidential since Google claims it contains trade secrets, the AP notes. Also of note is that while normally such a filing would have turned up quickly, it took almost a month in this case because Google decided to file it on paper, rather than electronically.

Interesting — I wonder if they used Microsoft Word to type it up as well?

So what do we know from the filing? Well, that Google is in danger of being regulated as a mutual fund if its investments creep much higher. Organizations are classified as mutual funds when their investments exceed 40 percent of its assests. Google’s investments currently stand at 28 percent, but it thinks it will exceed the 40 percent mark soon, so it’s seeking an exemption from that rule — something which has been granted to both Microsoft and Yahoo in the past.

In the filing, Google also states that it plans to still spend billions of its dollars on research and development and acquisitions over the next couple years.