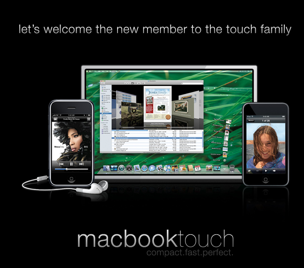 Apple’s stock plummeted in after-hours trading tonight after the company gave a weak guidance for its upcoming fourth quarter. The stock price has fallen over 10 percent, close to 17 points, and as such has wiped out nearly $15 billion from Apple’s market cap.

So the natural question is, why, after a series of very strong quarters in a row, would Apple give such a weak guidance? The easy answer is that it’s setting expectations low, it did after all, do the exact same thing during last quarter’s earning. The answer Apple gave is much more intriguing though.

Numerous times during the earnings call, Apple chief financial officer Peter Oppenheimer and other key Apple execs on the call referred to a mysterious “future product transition.” While that in and of itself may have not been so odd, the fact that after every time one of them said it, they were quick to follow up with the words: “I can’t discuss today.” Apple never talks about future products ahead of time, but this one was mentioned so many times and is being all but directly blamed for low guidance next quarter that one can’t help but wonder: What is this new product?

Predictions already abound throughout the web. Some think it will simply be a notebook refresh with new processors and possibly a new design. We all pretty much know for sure this is coming, so let’s think something sexier. (Oddly, Technology Business Research thinks TV Tuners could be added to Apple laptops as well — not so sure how much that makes sense.)

Others think a new Apple TV could be in the works. During the call, Apple responded to a question about the device with: “the Apple TV remains a hobby as we call it.” And didn’t give much more than that. That doesn’t seem to bode well for the prospects of Apple coming out to meet Microsoft after it threw down the gauntlet with its Netflix on the Xbox 360 deal. But perhaps that was just some misdirection on Apple’s part. They love to downplay devices and they’re certainly doing a great job of that with the Apple TV — especially if a new one is coming.

The ultimate gadget for many however would be the Mac Tablet aka the “iNewton,” (named after the popular Apple PDA device from the 1990s). Various reports have Apple working on a device that would essentially be a cross between an iPhone and a laptop. It would be a slab that is several inches long and the entire thing is a multi-touch screen.

A lot of people out there are thinking this new Apple product would have to be cheap since Apple said during the call that it would hurt its gross profit margins. But instead, it could just be that the product would be very expensive to build and yet Apple may not sell it at the high markup that it usually does for its products. A Mac Tablet could certainly fall into this category.

The main problem with the Mac Tablet being the mystery device is that Apple would have to launch it before September for it to have an effect on this quarter’s financials. While some reports suggest it’s coming along, could Apple really have such a potentially huge device ready to go just months after its iPhone 3G launch?

Whatever this new device/product launch is, it at least partially cost Apple a lot of money today. Money that Apple will undoubtedly get back if this device can live up to the hype it’s creating on just day one of buzz based on an earnings call.

Update: MacDailyNews has a source claiming that a device much as I’ve laid out above is in the works. This is of course, just a rumor at this point:

Think MacBook screen, possibly a bit smaller, in glass with iPhone-like, but fuller-featured Multi-Touch. Gesture library. Full Mac OS X. This is why they bought P.A. Semi. Possibly with Immersion’s haptic tech. Slot-loading SuperDrive. Accelerometer. GPS. Pretty expensive to produce initially, but sold at “low” price that will reduce margins. Apple wants to move these babies. And move they will. This is some sick shit. App Store-compatible, able to run Mac apps, too. By October at the latest.

[images are all mock-ups via MacRumors Forums and AppleInsider]