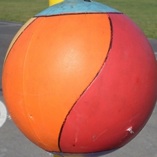 An application called NetShare was the talk of the App Store back in July. The app, made by Nullriver, allowed users to connect their computers to their iPhone 3G to use the device’s unlimited data plan to surf the web. Unfortunately, this process, known as “tethering,” was apparently not approved by AT&T. Thus, NetShare was pulled from the App Store.

Today however, there may be hope of using the iPhone for tethering purposes once again. Apple chief executive Steve Jobs reportedly responded to a customer request asking for the functionality by saying the following:

We agree, and are discussing it with ATT.

Sent from my iPhone

Now, obviously anyone could have sent that email, or it could be a lie all together, but the gadget blog Gizmodo (which handles a lot of Apple news) claims that it’s “pretty legitimate-looking.” Jobs has been known to send out brief email responses like this. (Though I don’t think he normally does so from his iPhone, which adds a nice layer to this.)

Specifically, the customers asked for an AT&T data plan similar to the one it offers BlackBerry users that allows for tethering. AT&T charges an extra $30 a month for the privilege, but that easily beats the price of buying a stand-alone data streaming plan from them, which is at least double that.

[photo is of a tether ball by flickr/jillclardy]