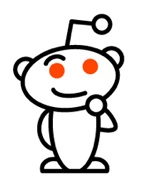 In the arena of crowd voting sites there is Digg and then there is everyone else. Every once in a while a challenger will come up that looks promising, but it fades away.

For a while that was Netscape (now called Propeller), then it was Mixx, but now one of the original (and best) challengers is coming back with a vengence. Reddit.

Today the service is announcing that it is going open-source. This means that any developer will have access to the sites’ code and will be able to help improve upon it.

The code for the site can be found here: http://code.reddit.com.

In theory, this could also pave the way for other sites to build their own voting systems based on Reddit.

While Reddit itself hasn’t been able to catch Digg (statistics from Compete show Reddit growing at a faster pace than Digg, but the site is still roughly only 1/10th the size), crowd-sourcing is exactly in line with its ideals. One thing that separates Reddit from its competitors is that it has a large programmer crowd, site co-founder Steve Huffman told us. These individuals often have ideas for how to improve the site and now will be able to actively participate in doing so.

Huffman also noted that since Reddit was acquired by Conde Nast (the parent of Wired) in 2006, the site has grown to 4.4 million monthly uniques and 120 million monthly pages views. He also notes that 23 percent of the sites’ users have signed up since it rolled out its user-created Reddits in January. (Disclosure: I started one of the more popular ones of the those, the l33t Reddit, but I gain absolutely no financial or any other incentive from it.)

When asked specifically about Digg, Huffman would only say that Reddit has stayed true to its ideals — which indicates his feeling that Digg hasn’t. He noted that Reddit will only censor content in the most extreme circumstances, whereas Digg has gotten into trouble with its user base for doing that in the past.

Reddit also allows users to see who is voting a particular story down as well as who is voting it up. This lies in stark contrast to Digg, which will show you who dugg a story, but will not show who buried it. This has led to many accusations that the site is fixed or that there is a “bury brigade” out there who work to carry out vendettas against certain sites.

Huffman noted that this idea to open source Reddit has been in the making for several years. It felt like now was the right time because several other projects Reddit is working on will rely on this openness.

Reddit unveiled a major redesign to the site last month and also announced plans for a TV show in partnership with PBS.

It will be interesting to see if Digg responds to this move by Reddit. It’s probably unlikely. It simply doesn’t need to at this point.