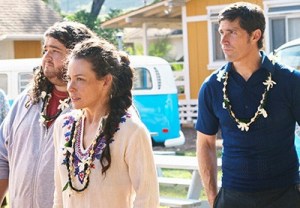 The premium video streaming site Hulu works first and foremost because it has great content. And it looks to be on the verge of getting even better.

A deal to bring Disney’s content to Hulu is “basically done,” a source familiar with the negotiations tells Silicon Alley Insider. This means we should see content from ESPN, ABC and probably some Disney movies on the service. It’s a huge win for Hulu and its fans.

With ABC on board, that means Hulu would have content from all the major networks except CBS. CBS has a separate deal with Hulu competitor Sling.com to stream its content there, among other places. But CBS hardly seems rich with the content that the web-savvy users who watch Hulu now flock to. Instead, ABC is much more important, as it has hit shows like Lost.

ABC currently streams its shows on its own website, and while the HD quality is good, the player itself is clunky, and the experience is poor. That’s just about the opposite of Hulu, which offers a really nice user experience and a simplicity that has contributed to its success.

ESPN content is a potentially huge score for Hulu as well, if sporting events are included. Hulu would provide a great way to catch a sporting event you missed if you don’t have, don’t use, or just forgot to set a DVR to record it for you.

It’s thought that the deal to bring this new content to Hulu will make Disney a partner in the venture with NBC and News Corp. (which owns Fox). Such a deal, first reported by paidContent, would see NBC and News Corp. take their current shares in Hulu from 45 percent each down to 30 percent, to make room for Disney at 30 percent as well. Providence Equity Partners would continue to own the remaining 10 percent.

Just yesterday, Disney reached a deal with YouTube to make clips from its properties available on the video site. But the keyword there is “clips” — meaning full shows will not be on YouTube, while they would be on Hulu. Google, which owns YouTube, has been trying to negotiate deals with content providers to get more premium content on its massively popular site, which is right now dominated by user-generated content.

If this deal actually is done, it comes at a good time for Hulu. The company has been receiving some criticism of late for blocking the popular content player startup Boxee from accessing its content. Hulu’s content partners, it seems, do not want their content on Boxee even though Boxee isn’t doing something like blocking advertisements. It seems likely the content partners are afraid of the fact that Boxee users are hooking up devices to their televisions capable of playing content just as if they were watching normal TV.

Disney doesn’t seem to have too much of a problem with Boxee, as its ABC.com streaming content works just fine with the service and has for months.

Another somewhat interesting subtext of this Hulu/Disney talk is that Apple chief executive, Steve Jobs, is Disney’s largest shareholder and is on its board of directors. It would seem that eventually the Hulu model (free streaming supported by ads) will go head to head with Jobs’ iTunes model (pay for content with no ads).