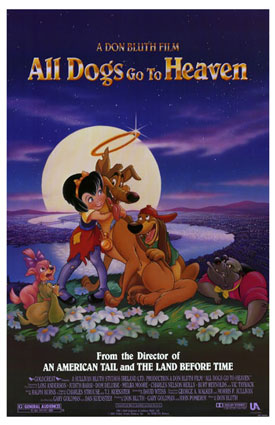 On June 9 (or June 15 — or sometime before July 12), a lot of first generation iPhones may magically turn into plain old iPods. I say this because while the majority of people I have talked to who don’t own an iPhone plan to buy the second iteration of the device, every single person I’ve talked to who already owns a first generation iPhone plans on buying the second one. (Well, except our own Eric Eldon, who had the misfortune of buying one a few weeks ago.) Assuming those people aren’t going to both set up new accounts with AT&T and maintain their old ones, this is going to create a plethora of older iPhones that aren’t used as phones.

While it would be incredible if Apple and AT&T offered some sort of trade-in incentive for old iPhones, this is probably unlikely. After all, how many times has Apple updated one of its iPod lines mere months after a previous update while leaving those first adopters to sulk in their outdatedness?

So what will become of these old iPhones? Well, as one friend tells me, the iPhone is still hands down the best iPod they’ve ever owned. With the combination of Multi-touch technology and the software enabling very smooth CoverFlow action (the view you might know from the iTunes software where you pick songs based on album covers), I’d have to agree. So why not just keep it as a nice second (or fourth, in my case) iPod?

On the other hand, if you have a second generation iPhone, do you really need another iPod? Certainly some people buy the smaller versions, the iPod Nano and the iPod Shuffle, for activities such as going to the gym, but the iPhone is comparatively bulky for something like that. Likewise, some people buy what is now known as the iPod Classic (formerly known as the plain old iPod), which is bulkier but can store up to 160 gigabytes of data, simply for storage of their entire collection of music, photos and movies. For most people, the 4 or 8 gigabyte (or even 16 gigabyte if you have the newer version) iPhone simply does not have enough storage to act in that capacity, especially with Apple’s new emphasis on video content.

So what to do? Well perhaps we will see a mini-economy pop up around the buying and selling of first generation iPhones on the cheap. However, if the second generation version is really going to be only $199 after an AT&T subsidy, these devices (which were once $599) are going to have to be sold only a year later at a huge loss.

Perhaps the first generation iPhone can make for a good hand-me-down or re-gift — provided AT&T makes this easy. Or maybe it’ll be a nice charitable donation. We’ll probably also see some lawsuits from early adopters claiming the device wasn’t meant to last through their 2-year contracts with AT&T.

One thing is certain — come July (or whenever the 3G iPhone is released), there are going to be a lot of iPhones out there on the streets. Whether most are used or unused is up to Apple and AT&T.

We’ve contacted Apple for a comment on any upgrade policy; something tells me they won’t have anything to say…yet.