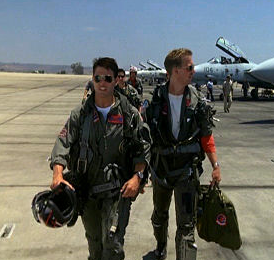 People hate change. That’s as true on the Internet as it is in real life. For proof, look at any Facebook design tweak over the past several years. Today, FriendFeed rolled out a major change of its own, moving its aggregation and conversations from a slow stream to real-time (which had existed on the site previously, but wasn’t emphasized). Now a lot of users are freaking out, saying it’s way too fast to digest. I can think of at least 100 good lines to say to those people. Instead, I’ll just quote a line from Top Gun that speaks to why I love the new FriendFeed: I feel the need — the need for speed.

Look, information happens in real time. One of the reasons the web has exploded in popularity is because it gives you access to more information, faster than ever before. This new version of FriendFeed does the exact same thing, to the extreme — it’s wonderful. Are people really complaining that we should slow the information down? It may be a bit extreme to say, but that really is a form of censorship. Don’t slow the information down, tweak the way you consume it.

That’s really the key here: The new FriendFeed gives you plenty of ways to view information at your own pace. For example, you can pause any stream at any time. But the real key to all of this is the Filters. I’ve long thought these were perhaps the most useful aspect of FriendFeed, but I feel like perhaps most people weren’t using them like they should have been.

Say you have a group of friends that you really want to follow, add them all to one filter. If you have say, 10 people in a filter rather than 1,000 on your main FriendFeed homepage, you’ll appreciate the real-time aspect. And that’s not the only way to filter. You can also still filter out individual stories you don’t want to see in you main stream. Say you like a user, but hate their Google Reader shares, filter them out.

I can’t help but be amused by the negative reactions to real-time information. People have been clamoring for this for a while, and now can’t handle it. This is a good thing, and FriendFeed gives us some good tools to manage it all, we all just have to perfect using them.

In Twitter’s early days, it actually had a real-time constantly uploading stream too. That had to be discontinued as the service grew, so it’s very impressive to me that FriendFeed added this after already gaining a lot of users. And you probably have heard by now that Facebook plans to make its information stream real-time as well. Perhaps today’s FriendFeed roll out is a huge gift to the sometimes controversial social network. Could you imagine the uproar if Facebook, with its 200 million plus users, had launched this first?

And the new FriendFeed isn’t perfect either. 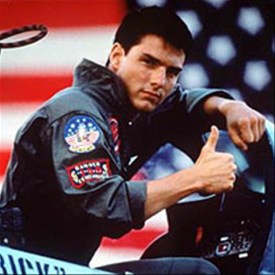 A lot of users don’t even seem to realize you can pause the feed, for example — this button should probably be more obvious. And a major hold-up to actual real-time consumption is that it still takes several minutes to import Twitter updates to FriendFeed’s stream.

But overall its a huge step in an important direction towards real-time data on the web. Facebook is right to pursue this as well, and I suspect a lot of other services will over the next several months. This is the future of information consumption, even if we aren’t ready for it yet.