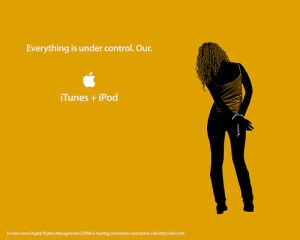 One of my key predictions for 2009 was that Apple’s iTunes store would go DRM-free. There are always a lot of Apple rumors out there, but I was so confident in this one that I actually made the prediction twice. It turns out that may have been a good call, as Apple and the major music labels have come to terms on a deal, reports CNET’s Greg Sandoval.

Sandoval’s source is very specific on the details of the deal, including that Apple had to cave on its fixed pricing structure for songs. The good news is that the price for many songs in the iTunes store may actually drop to $0.79 (from $0.99 while the most popular ones may get a slight bump in price while they are still hot before settling at $0.79.

The deal, which could be announced as soon as tomorrow during Apple’s keynote address at the Macworld expo, also apparently allows users to download music over the air on their cellular networks — no Wi-Fi connection required, as is currently the case. That option on the iPhone, which has the iTunes store built-in, could be a huge boon to mobile music sales.

Apple currently offers some of its tracks without DRM in its “iTunes Plus” section, but EMI was the only major music label that signed on to offer these. This deal would add Sony BMG, Universal and Warner Music to the mix. While Apple chief executive Steve Jobs said in 2007 that he expected half of all the music on iTunes to be DRM-free by the end of that year, that never happened.

Instead, the labels used that one last position of power they had over Apple (which is now the number one music retailer in the U.S.) to bargain over prices. The labels have long since given all their music in DRM-free format to iTunes competitors like Amazon MP3.

If this report is true, it’s great news for Apple and music lovers in general. I’ve been using Amazon MP3 for the past year since iTunes was not DRM-free, but I much prefer the seamless integration iTunes offers. I simply did not want to be locked into iTunes if (God forbid) I didn’t always use an iPod or iPhone in the future. With DRM-free music, it won’t matter.

My only concern now is that iTunes’ Genius sidebar one-click purchase feature may become a bit too useful.

Again, this DRM-free deal may or may not be announced tomorrow. We’ll be covering the keynote live to let you know the latest.