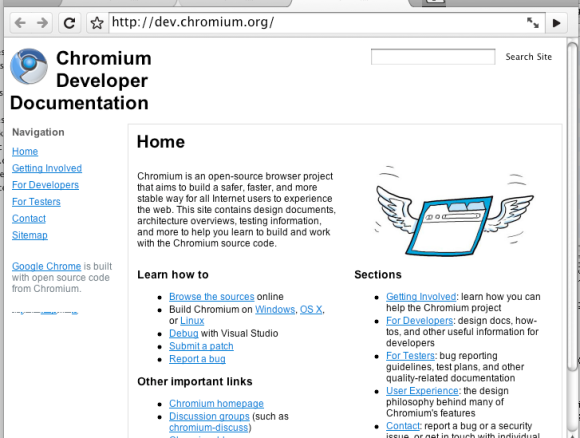 “It’s alive!” Google’s Mike Pinkerton wrote yesterday on his blog. What was he talking about? Google Chrome… for the Mac.

Before you get all excited, it’s not yet “alive” for you, the public — but the team has finally made enough progress that the software actually looks like Chrome. This news comes after the team (which Pinkerton leads) switched its focus from layout tests and WebKit (its engine) compatibility tests to user interface elements. The image above is the first time Pinkerton ran Chrome on his Mac and loaded a web page.

So how far away are we from seeing the first version of Chrome to run on a Mac? Well, it will definitely be after the first quarter of 2009. The Chromium Developer Documentation site follows the project’s progress and notes under the Mac Detailed Status area that “Our new goal is to have a multi-process browser limping by the end of the quarter.”

Pinkerton, who also leads the team responsible for Mozilla’s Camino browser for the Mac (my browser of choice), says that while Chrome for the Mac may be starting to get the right look, it’s far from complete. Right now clicking doesn’t work and the renderers continually crash. As he sums it up, “If you can’t tell, I’m really excited. We’ve got a very very long way to go (don’t dare ask me to predict a date — I won’t), but it’s progress indeed.”

He also notes that a similar UI process is being made on the Linux build of Chrome.

Another picture (below) was posted by the team in a Google Group yesterday. 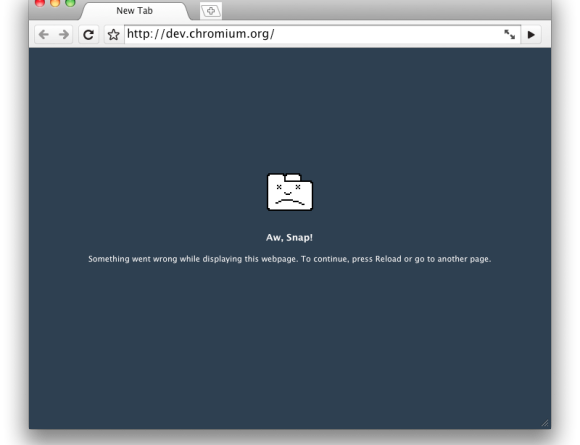