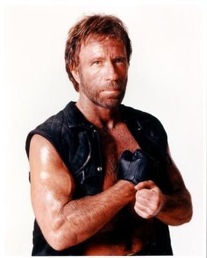 It’s Election Day here in the United States, and so much of the country (and probably a good portion of the rest of the world as well) is doing what we do best: searching for stuff on Google. The Internet giant has written a post outlining some of the interesting trends it’s seeing in the search results, and a quick perusal of Google Trends shows even more interesting results.

As you might expect, queries for election results dominate many of the top searches, but almost as popular: “Chick fil a.” Yes, the fast food chain is holding strong in the number 6 Hot Trends spot — ahead of terms like “election coverage” (currently at number 10) — thanks to an Election Day free food promotion. Other food items making strong showings (thanks to similar promotions) are Ben and Jerry’s, Krispy Kreme Donuts, Califoria Tortilla and of course, Starbucks, which has several search terms on the list.

Expanding beyond just today, Google has a list of the top political personas searched for in the general election season (September 1 through November 4). The top three results are not surprising: Obama, Palin, McCain — but number four is Tiny Fey — yes, ahead of Democratic Vice Presidential nominee Joe Biden (who is at number 5). Also making the list is Chuck Norris at number 6. During the primaries, Norris had been a strong supporter of former Republican candidate Mike Huckabee, but is so tough that he still makes top 10 lists after his guy loses.

But my favorite piece of data has to be number 17 on the Hot Trends page: “Free stuff for voting.” Come on people, you’re not making America seem any less materialistic with queries like that.