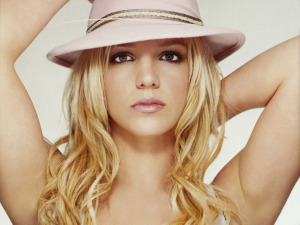 Big content is gradually wading into the waters of interactive video. One interactive video service, Clikthrough, has enlisted two more record labels and added dozens of new videos to its library.

If San Francisco-based startup Clikthrough has its way, sites like Vevo — the upcoming Web music video site spearheaded by Universal Music — will be filled with clickable streams, allowing viewers to learn about or purchase anything they see. This week, Clikthrough announced new partnerships with Universal Music and Slip N Slide Records, in addition to an existing one with Photogenic Records (a division of Sony BMG). It also announced iPhone compatibility and $1 million in angel funding.

Currently, the interactive videos are available on Clikthrough’s Web site. Viewers of Michael Jackson’s “Beat It,” for example, can click on Jackson’s wardrobe to pull up information on where to buy those outfits, or click on actors in the video to get biographical information. These details run in a window alongside the video.

From observation, you get the impression that Clikthrough intends to monetize on merchandise sales, but CEO Abe McCallum says that’s a tiny revenue stream compared to what Clikthrough makes by providing information to advertisers.

Part of this is obvious, in that clicks can be monetized on product placement in a video. The big money maker, however, comes from knowing what’s ahead in a video, so if all the content is itemized for interactivity, advertisers can serve up a more relevant commercial before that clip is shown. Clikthrough sees enough potential in that service to take half of any ad revenue tied to a video.

A competitor, Videoclix, offers a very similar experience for users, but the business model is different. Videoclix monetizes on licensing its product to users, whereas Clikthrough works with advertisers to share in their revenue. McCallum says Clikthrough’s model helps the company relate better to the ad industry, to “help make more money as opposed to just charge them more money.”

Clikthrough has raised $2.1 million to date and employs four people full-time. Over the next six months, the company wants to enlist more content providers and shift towards getting interactive videos on other platforms instead of merely hosting them on Clikthrough’s own Web site. McCallum stresses that Clikthrough isn’t a video player company; its technology works with Flash, QuickTime and Windows Media Player.

The company is also looking to get into film and television content, as opposed to just music videos. McCallum said a partnership with Sony is formalizing, and others are on the way.