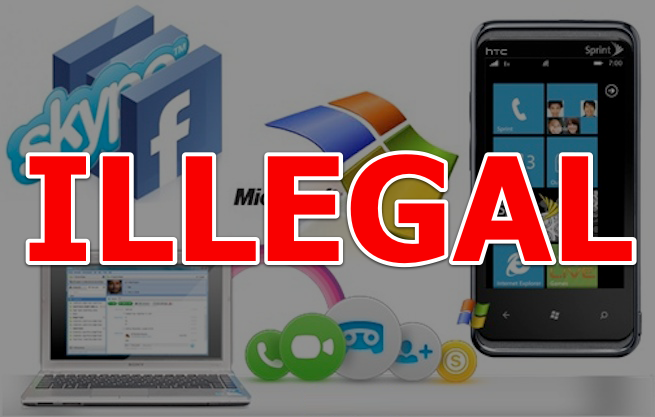 A 30-second call using Skype in Ethiopia can land you a 15-year prison sentence, thanks to new legislation passed by the country’s government.

The new legislation will criminalize the use of all Voice Over IP (VoIP) services, such as Skype or Google Voice, from within the country, according to an Al Jazeera report. The legislation, which was voted into law last month with little notice from international media, seems to close a loophole that was allowing some of its citizens to communicate without being monitored by authorities.

The country’s sole communication infrastructure is operated by government-run telecom Ethio Teleco. The new legislation empowers the state-owned telecom to prohibit the use not only of VoIP services, but also of video chatting, social media, e-mail, and any other data transfer service capable of communicating information. So that encompass pretty much all communication except for speaking aloud and talking within your own mind.

The law also gives the government the right to inspect any imported voice communication equipment as well as the power to ban any inbound packages that don’t have prior permission from the state, according to the Al Jazeera report.

Anyone in the country who uses an illegal phone service will face up to 15 years in jail and heavy fines. Making a phone call over the Internet is punishable by 3 to 8 years in prison plus fines. Ethio Teleco also recently installed a  system for blocking access to the Tor network that users browse anonymously and access blocked websites, according to Reporters Without Borders.

Ethiopian authorities claim the drastic measures called for under the new law are necessary to protect against security threats. However, African Review notes that observers are saying the law is instead aimed at limiting freedom of expression and the flow of information between the nation’s 85 million people.