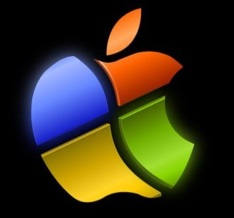 As Apple keeps churning out those “I’m a Mac vs. I’m a PC” ads, you’d think Microsoft would’ve developed quite a hatred for its rival. It certainly wouldn’t be doing anything that could help Apple gain market share faster than it already is, right?

Microsoft is actually in the midst of its largest hiring spree for its Mac Business Unit (Mac BU) since its inception eleven years ago. The team, responsible for Office for the Mac, is now working on some other applications specifically built for the Mac.

MacBU, which claims to be one of the largest Apple developer communities outside of Apple can use the help. Its latest Office 2008 product was delayed for several months before finally being released earlier this year. It was one of the last products to be optimized for the Mac’s newer Intel chips. More complicated programs, including Adobe’s Creative Suite (the package that includes Photoshop), were made Universal (the term meaning a program works on both Intel Macs and the older PowerPC Macs) well before Office.

This news follows a somewhat controversial report claiming that developers were largely ignoring many of the “perks” offered by Microsoft’s latest operating system, Windows Vista. The same report indicated that interest in developing for Apple’s OS X was surging.

It’s interesting to note that the MacBU division was born out of Microsoft’s 1997 agreement with Apple that put a $150 million cash injection into the company, which was struggling badly at the time. This agreement also led to Internet Explorer coming to the Mac (now defunct) as well as the continued development of Office.

That deal was announced at Steve Jobs’ first Macworld keynote upon returning to the company after years in exile. Find the video of that event below.